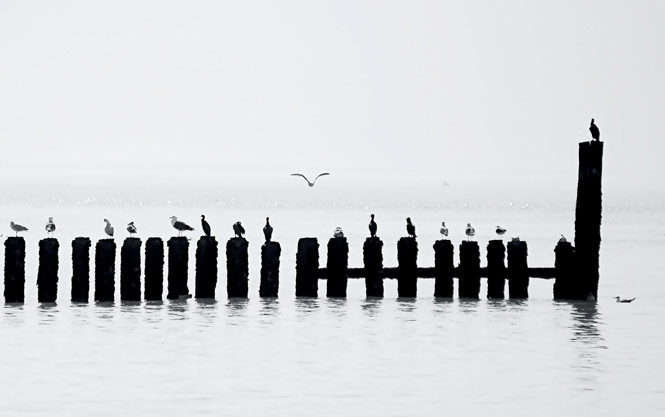 If you haven’t heard of the tool, Buffer saves your tweets, posts, and shares in order to automatically publish them at times that maximize retweets, likes, and comments. That allows social media users to post any content at any time, secure in the knowledge that they won’t either overburden followers or miss the biggest opportunities to get their attention. 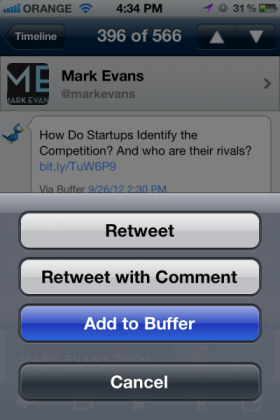 Above: Buffering tweets in TweetCaster

This is a big integration for Buffer, and co-founder Leonhard Widrich is exited about the integration, which is in line with the company’s strategic goal of working with as many partners as possible:

“I think it’ll be really amazing to finally allow people to Buffer retweets and Tweets straight from one of the best Twitter clients on the web, which was one of the most requested features over the past few months.”

TweetCaster profiles itself as “the #1 mobile Twitter app” with millions of downloads and users, and features innovative functionality such as “zip it,” which allows you to simply not see messages from a particular follower or fan for a period of time.

TweetCaster can also cross-post to multiple social networks, search in very fine-grained ways just for images, or videos, or topics — features unavailable from Twitter itself.

One question that remains: How will Twitter’s recent API changes affect TweetCaster? Twitter has made it clear that the consumer/consumption space is one that it intends to own itself, with its own tools … and TweetCaster seems to be right in the crosshairs of that particular initiative.

However, by its very success, TweetCaster may have won itself some degree of special treatment. Twitter has no desire to anger its own users, whatever tool they’re using, and killing a popular Twitter client — the most popular, according to TweetCaster — would certainly generate PR problems.

(I’ve asked TweetCaster chief executive Evan Conway for a comment and will update if we hear from him.)