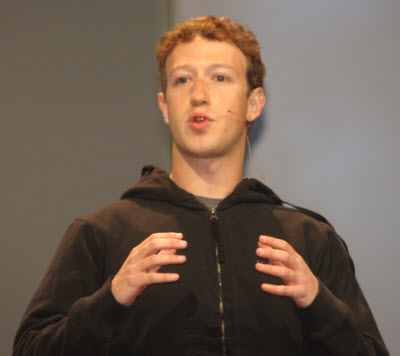 Facebook Credits are coming soon, and this new virtual currency for the social network will have some big implications for the company’s ecosystem of publishers and developers.

More than 100 apps are currently testing the beta version of Facebook Credits and it will eventually roll out to the whole network, said Mark Zuckerberg, chief executive of Facebook, in his keynote speech at the f8 developer conference in San Francisco.

Zuckerberg said that the company is expanding Facebook Credits quickly beyond the initial test, which started last year, so that when you buy a virtual good, you can use Facebook’s virtual currency to do it. It will work across lots of apps, giving users the convenience of having just one currency. That means users can enter credit-card or bank-account data once instead of every time they make a purchase.

Facebook Credits has implications for the virtual-currency companies currently filling that gap. And Facebook is expected to take its 30 percent cut of transactions that happen using Facebook Credits. That fee is a steep one and has led to a lot of grumbling. It could hurt developers’ profits in a big way.

The tradeoff for developers, who may not have much choice in the matter anyway: more users spending money because of the convenience of a universal currency. But they must now pay a “Facebook Credits tax,” much like mobile carriers charge a fee for transactions or Apple takes a cut of App Store purchases.

[update: At the post-speech press conference, I asked Zuckerberg about Facebook Credits and whether the company would make it a universal currency or allow users to have choices. I also asked if he saw Facebook Credits as a big revenue opportunity. Here’s his answer:

“You may not believe me when I say this. We are doing it for developers. But it’s not a revenue opportunity anytime soon. Ads are a very good business. We are doing this for developers. With credits, it becomes easier for people to buy things across apps. Rather than being locked into one app that has their credit card, they can buy in any app. This is a canonical economics example where it makes sense to have a standard and have just one, or a few, and that ends up being better for everyone.

There is a lot of overhead for us doing this ourselvess. It’s a lot of hard work. We don’t expect it to be profitable for a period of time. We are doing this for developers.”]