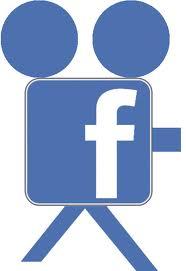 What do you do when you’re already the number one website for sharing photos? Go after videos. In a report released today by online measurement firm comScore, Facebook ranked as the third largest website for viewing videos online in the month of July, with Google Sites and Vevo ranking as the first and second largest.

With more than 51 million unique video views in July, Facebook beat out popular video sites like Microsoft, Viacom, Yahoo and even Hulu, the online video streaming site that has had supposed interest from Google. Google Sites, which includes the Google-owned YouTube, ranked as the top video viewing site with close to 160 million views. Just ahead of Facebook was Vevo, a site for watching music videos that secured more than 62 million unique views.

Interestingly, while Facebook ranked third on this chart, it still has a lot of catching up to do in terms of the amount of time each viewer spends on the site watching videos. The company averaged 17.9 minutes per viewer, while Vevo almost tripled that with 66 minutes and Google Sites had a whopping 353.7 minutes. The difference makes sense because YouTube and Vevo revolve around video as their main content, while Facebook features multiple types of media, including photos.

Another report by comScore shows Facebook growing in unique website visits for July with more than 162 million — that’s an increase of almost 2 million from June and another 3 million from May. However, the very sites Facebook beat out in video are still at the top of the charts for website traffic, including Yahoo and Microsoft.