update: Nick follows up, and notes the addition of Facebook Music too. 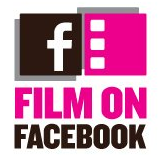 Facebook is making moves on Hollywood. The company has introduced a new fan “Page,” called Facebook Film. It’s a template of a Facebook Page that comes loaded with applications intended to help filmmakers reach and interact with Facebook users.

Founder Mark Zuckerberg has been talking about Facebook becoming more a media company for some time. First, Facebook became a new sort of publishing company, with its news feed offering. Now Facebook is reaching out to other parts of the media.

Facebook’s show for entertainers is going on the road. At the music-film-and-tech conference South By Southwest next month, Facebook’s “head of market development in entertainment,” Matt Jacobsen, will be presenting more information about how filmmakers can use Facebook to spread their creations.

Each Facebook Film Page comes with a review application, for example, so users who join the page of a movie can rate it and leave their own thoughts.

Take a look at the Sweeny Todd Facebook page (screenshot below). It includes a bunch of information about the film, a list of fans and their reviews, and even a link to another application designed to promote the movie. Note: The application, called PartyOn, resides on its own site (not on Facebook) and is apparently offering a way to create party invites using the skin of a movie poster.

One can also see where Facebook itself might make money from these film pages. One of the pre-installed applications is Fandango’s “Movie and Ticket Times” — which displays the movie’s show times near you. This seems like a reasonable effort by Fandango to reach Facebook users. Fandango itself is a developer on Facebook’s platform — it’s not clear how Fandango is getting featured on the Film page, but Facebook tells us it is not charging Fandango for it. In the future, though, one can imagine Facebook charging application developers in exchange for premium placement of their applications within efforts like this.

Doug Sherrets contributed to this article.