The Windows Universal Platform (UWP) allows developers to build a single app that changes based on your device and screen size. One app can work on your Windows 10 computer, Windows 10 tablet, Windows 10 Mobile smartphone, Xbox One console, and, eventually, your HoloLens headset.

That said, these new Windows 10 apps aren’t quite so versatile. Facebook and Facebook Messenger only work on PCs and tablets (the focus was to optimize the app experience for PC first), while Instagram only works on Windows 10 Mobile (and there are currently no plans to expand). 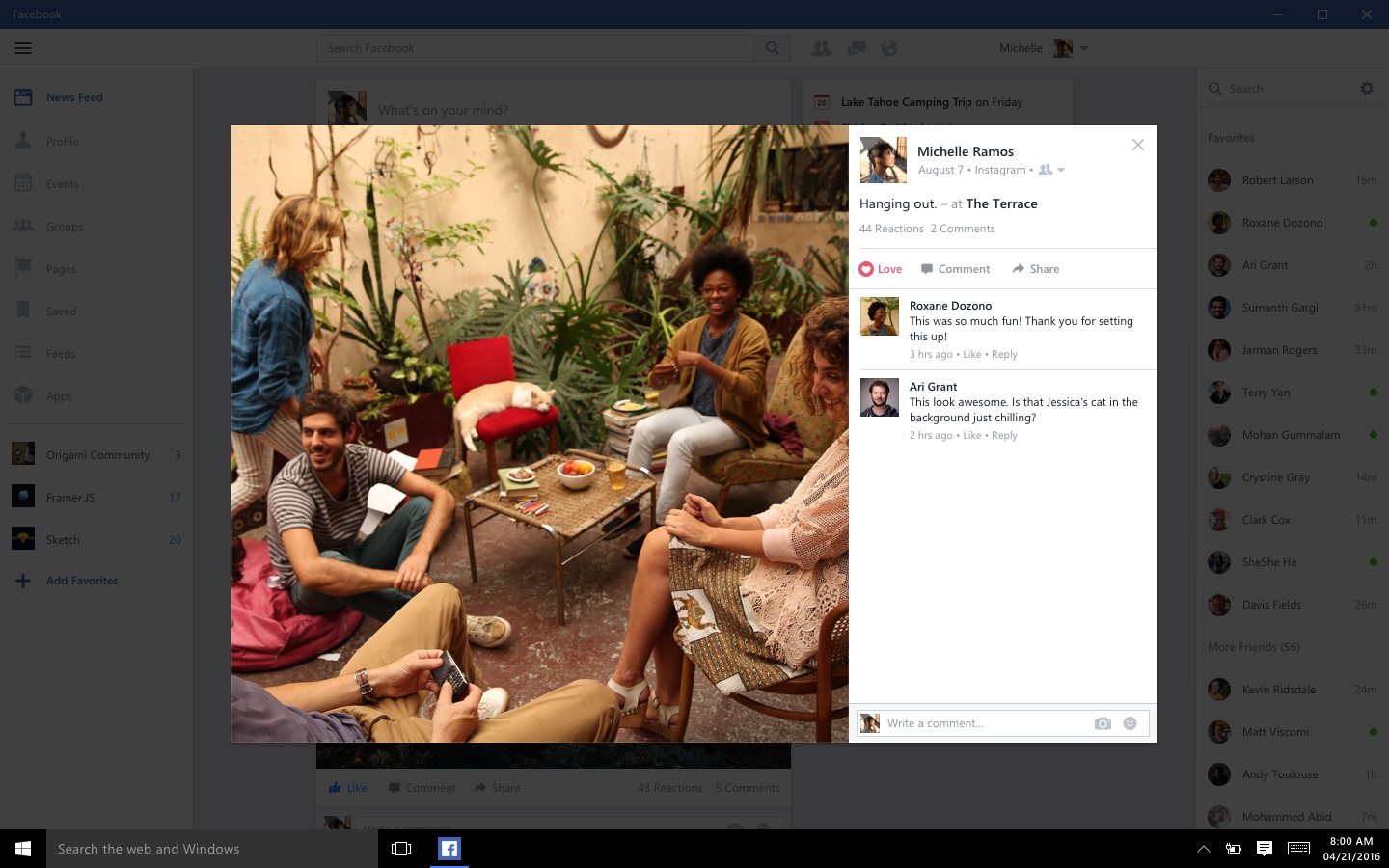 Facebook for Windows 10 will replace the existing app for the Windows desktop and is “coming soon” to Windows 10 Mobile. Features include an in-app browser for reading and sharing articles from the News Feed, native notifications, and a few options that its predecessor did not offer: the new Reactions, stickers in comments, and a right-hand column that shows birthdays, event reminders, and trending topics. Facebook also promises that the app starts and loads your News Feed “much faster than previous Facebook desktop applications.” 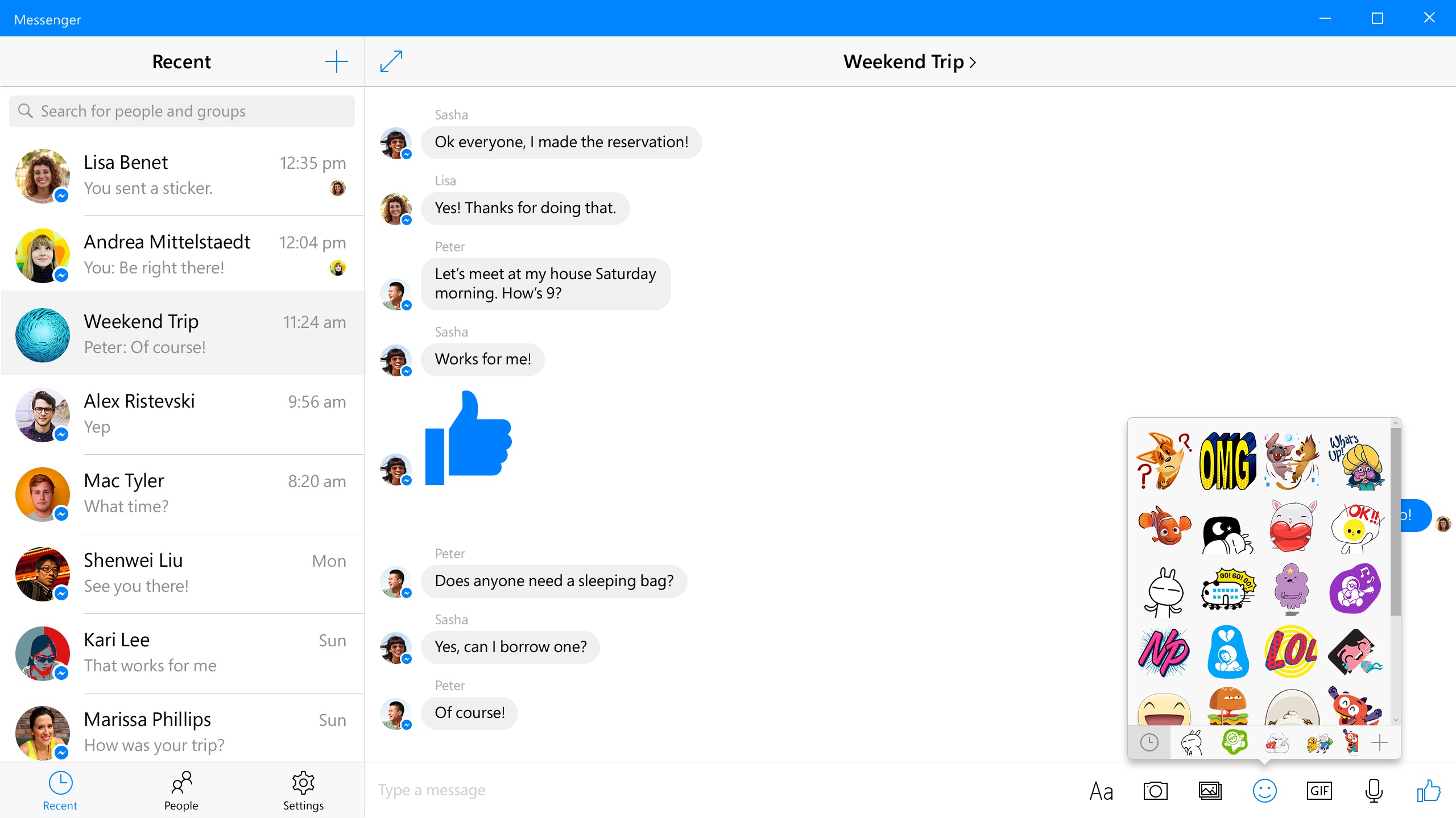 Facebook Messenger has a decent feature list, including photo sharing, stickers, group conversations, GIFs, direct messaging, search, videos, and account switching. Notifications are also available to keep you coming back. Just as with the main app, Facebook says a Windows 10 Mobile version is on its way. 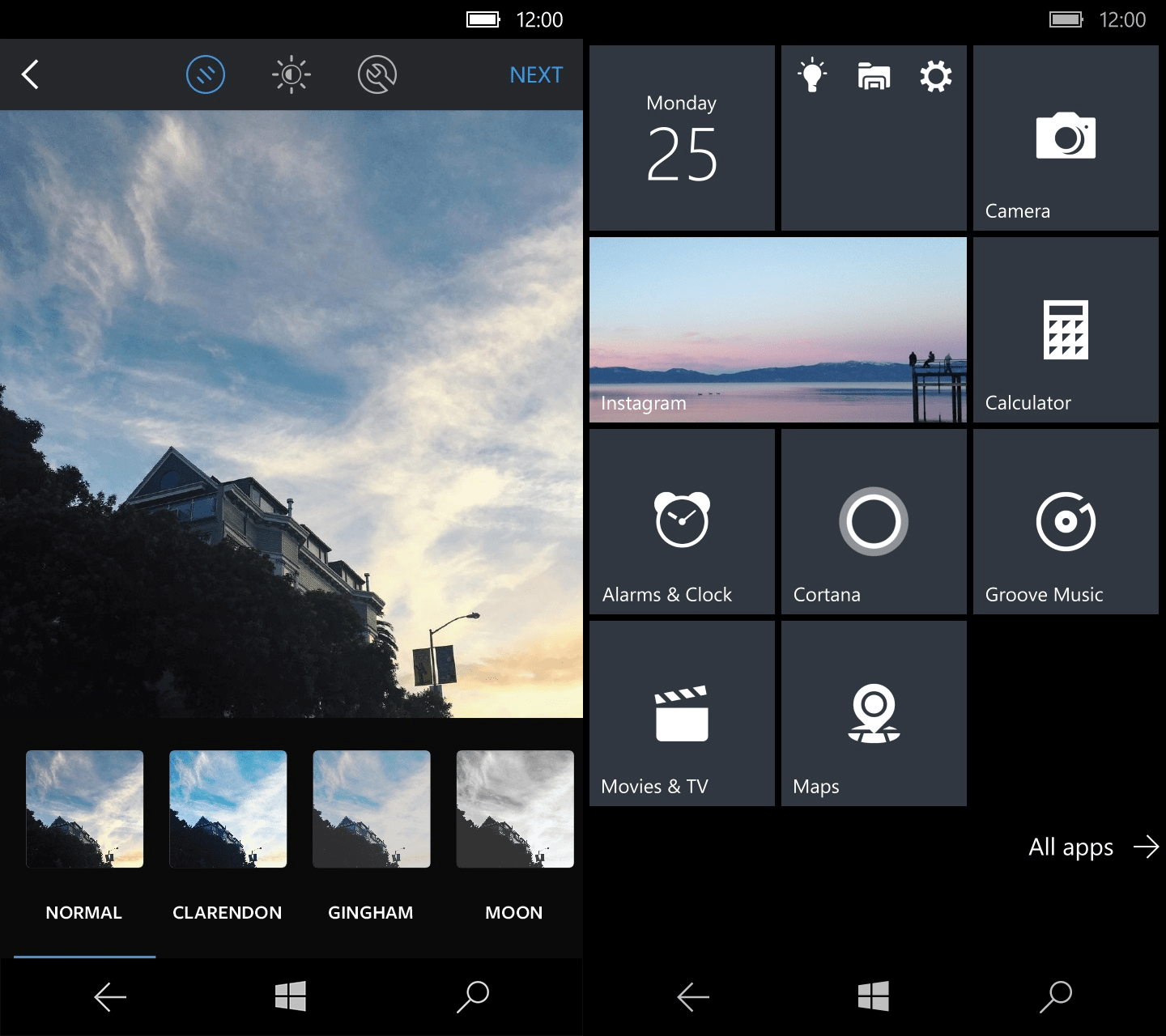 Instagram for Windows 10 Mobile will replace the current Instagram (beta) app on Windows 10 Mobile. It includes most of the features you’d expect: Direct Messaging, Explore, search, videos, and account switching.

All three apps support Live Tiles, so you can get updates directly on the Start menu or home screen. That said, none of the apps work with Cortana, Microsoft’s digital assistant. We asked why, and were told only that the plan is to “learn and iterate based on how people use the product.”

The same answer was given when we asked about Xbox One support. Microsoft started letting developers bring UWP apps to its console last month. Facebook apparently didn’t bite.

While it’s always good to see a promised delivered upon, especially given Microsoft’s push to promote UWP far and wide, it remains to be seen how popular these apps will be. Facebook’s website is perfectly capable on desktops and tablets, and while it’s nice that Instagram has finally arrived on Windows 10 Mobile, the platform is all but dead.

We’re frankly not surprised that Facebook didn’t completely embrace UWP: It’s never smart to put your full weight on an unstable base. If the apps see huge pickup and retention though, Facebook will have no problem coming back for more, including Xbox One and maybe even the HoloLens.