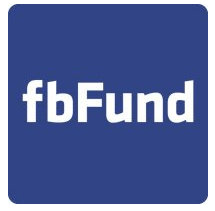 Facebook has announced the five winners of fbFund, its funding and incubator program of sorts for third-party developers. Here they are, in alphabetical order:

GroupCard: A digital greeting card service that lets friends send cards signed by a whole group. Cards can contain messages, photos, audio and gifts, and can be printed.

Kontagent: An advanced analytics tool that lets other developers track detailed aspects of app usage. For example, a developer can compare differences in usage before and after a new feature is introduced.

MouseHunt: A casual game in which the user is a hunter trying to trap mice that have invaded a virtual kingdom. The more mice the user catches, the closer they get to being the best “MouseHunter” in the land. Forty percent of users come back to the game every day, the company claims.

Weddingbook: An online wedding planner. Brides and grooms can share advice and get support.

Wildfire: A service that lets others build apps that integrate branded promotions — like contests, sweepstakes, and give-aways. It also helps other developers integrate promotional features into their apps.

The winners, picked from a pool of 25 finalists, will each get $225,000 as well as mentorship from Facebook. The finalists were first chosen by Facebook and its venture investors, Accel Partners and Founders Fund, earlier this year. Then Facebook let users vote on the finalists. More than 180,000 votes were cast by more than 88,000 unique users (votes could be cast for more than one app).

Note: I voted early for Kontagent, writing an extensive article about the company when it launched this summer. The reason is that meaningful usage data is key to building any successful app.

The fbFund is a $10 million grant program run by Facebook and its investors. Each of the 25 finalists already received $25,000 to help them finance app development.