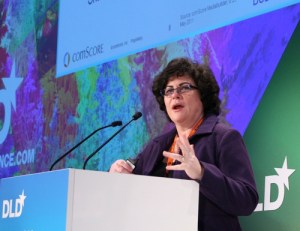 The “our” he speaks of may actually apply more directly to brands embracing the social network for social marketing.

New data from comScore, revealed during the Monday morning presentation, highlights traffic gains big name brands recently experienced thanks to a combination of paid and earned media efforts on Facebook.

Mega-retailer Walmart, which launched a Shopycat Facebook application prior to the holidays, saw 275 million display ad impressions as a result of a paid media campaign on Facebook, but experienced an additional 117 million social media impressions thanks to the organic sharing activities of its Facebook fans and their friends, co-presenter and comScore CMO Linda Abraham shared.

comScore also looked at the percentage of people who visited retailer websites during a key week in the 2011 holiday season and found that for Amazon, Best Buy, Target and Walmart a high percentage of visitors to these sites were either Facebook fans or friends of Facebook fans (as seen in the presentation slide deck below).

Sixty-four percent of visitors to Amazon during the week ending November 30 were brand-exposed Facebook fans, for instance, and 36 percent were friends of fans, according to comScore. Leading Black Friday retailers also saw significant year-over-year traffic lift thanks to their various Facebook and social campaigns, Abraham said.

The data, Abraham concluded, shows that brands that know their Facebook fans, know their fans’ friends and push out the right creative message are seeing quantifiable results from their social campaigns.

Brands, she heeded, should keep in mind that Facebook users spend a majority of their time on Facebook on their News Feeds (27 percent). They should alo note that Facebook fans are often a younger demographic group than their average customers, and remember that friends of Facebook fans are an equally important audience to reach.