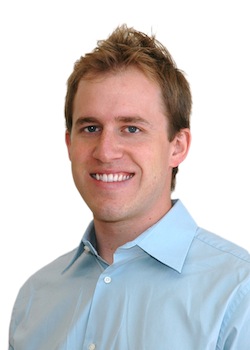 Facebook has promoted Google veteran Bret Taylor to chief technology officer, less than a year after he came to the company through its acquisition of FriendFeed, a social-sharing startup he cofounded.

After coming on board, Taylor moved into a very visible position at the company as director of platform products. He shared the stage with Facebook chief executive Mark Zuckerberg at the most recent Facebook developers’ conference and helped launch the company’s new streamlined application programming interface and social plug-ins.

The new role exists outside Facebook’s product and engineering groups and reports directly to Zuckerberg. While Zuckerberg said he created the role specifically for Taylor, it’s technically the second time a person has had that title. Adam D’Angelo, a high school friend of Zuckerberg and an early employee, was the first chief technology officer, but the role was very different as the company was much younger and smaller when he joined.

Taylor talked to us last week about his personal impact at the company. The full interview has his views on privacy and on the social networking efforts of his previous employer Google.

“In all of our conversations, it just became clear how our visions basically dovetailed. You could say I was in violent agreement with Mark.

On a practical level, I came in thinking the Facebook platform was too complex. There were too many application programming interface calls needed to accomplish basic social functionality…. So the simpler API is what we built and shipped at f8.”

And here’s the internal e-mail Zuckerberg sent out, according to Facebook:

I have some good news to share with all of you. I’ve created a new role and have asked Bret Taylor to become our CTO.

Bret joined us almost a year ago as our director of platform products. Since then, he has played a key role in building many parts of our new platform, including social plugins, our new graph API and the Open Graph. Since f8, already more than 100,000 sites use social plugins and our new API has received lots of praise for its elegance and simplicity. In addition, Bret has helped shape my thinking on products, engineering and strategy in many ways.

Today, Bret has just a couple of direct reports and gets things done by being a helpful source of advice and positively influencing decisions on a number of products. I’ve been talking with him recently about how he could play a similar role working with a few other areas to help shape our direction as well. Since Bret engages both in technical and product issues, I decided that creating a new CTO position outside of both engineering and product was the best way to formalize this new role.

In this role, Bret will report to me and will not manage anyone else. The CTO role is not a management role. The roles of building and running the product, engineering and operations organizations aren’t changing at all here. If you would have gone to Schrep, Chris Cox or Heiliger for something in the past, you should still go to them now. (Although, to be honest, Schrep, Cox, Bret and I all sit in the same pod so you can pretty much grab any of us at the same time.)

Bret will stay focused on Platform, but this new role sets him up to help out more in other areas as well. The platform product management work Bret has been doing will continue to report to Cox and the product organization as he does this. One of the reasons we can make this change is because of the great work Mike Vernal has been doing to lead the engineering team. I’m highly confident in him to continue building out this organization.

When I look around product and engineering, there are so many unique things we’re building with very leveraged small teams right now. Platform is the foundation for an entire industry, and our team has about 30 engineers. News Feed is the home page for more than 250 million people every day, and our team has fewer than 15 engineers. Our search type ahead serves the same order of magnitude of queries as Google, and our team has fewer than 15 engineers. These are examples of transformative products that we’re going to build out over the next few years and I’m focused on making sure we build them out the right way.

If you have a moment, please join me in congratulating Bret on his new role. If you have questions about this or anything else, feel free to shoot me a note or come ask it at our next Open Q&A.