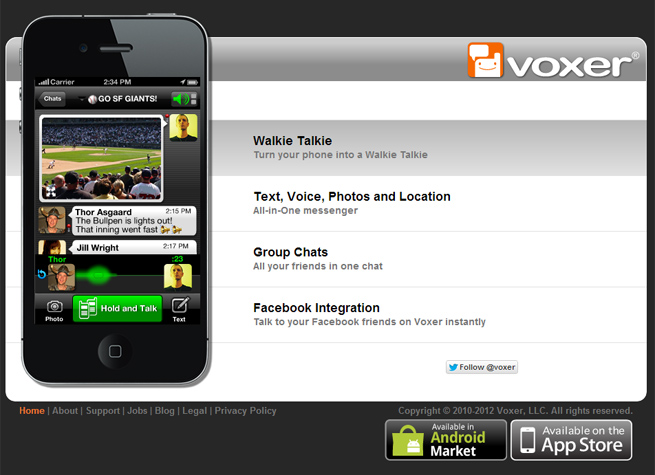 Facebook has cut off access to friend data to Voxer after the social networking giant determined that the startup was a “competing social network.”

Voxer offers an app in which you walkie-talkie and share photos with friends, and it previously let you easily connect with Facebook friends. Facebook recently launched free voice calling to friends over Wi-Fi through its Messenger app on iOS, so it looks like Voxer now competes with that in a small sense. However, Voxer has tens of millions of users while Facebook has more than a billion.

The move to cut off Voxer, as first reported by AllThingsD, is a sign that Facebook won’t be as open about companies using its powerful data. Facebook later told TechCrunch that it won’t give access to data to any company that doesn’t share much back.

Voxer says it doesn’t view itself as a competitor to Facebook and Facebook Messenger. The company said Facebook notified it just yesterday that that social graph data would be turned off.