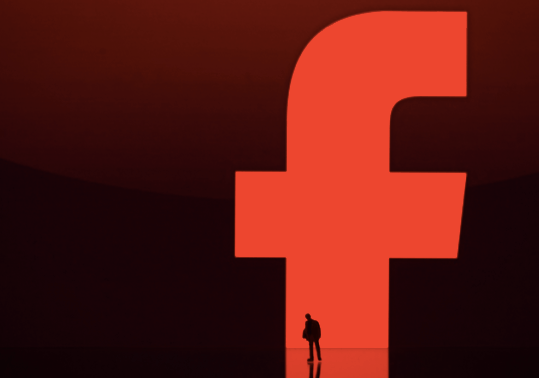 The results of Facebook’s latest policy vote are in and Facebook’s failed voting system is no more.

While the majority of users sought to save the system, only 670,000 of them actually voted. This number, while double the previous vote’s turnout, wasn’t anywhere near the 300 million votes needed to make the results binding. 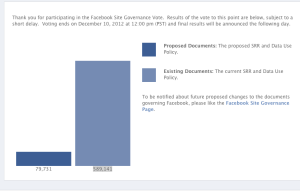 Very little of this should come as a surprise. As I wrote in a lengthy post last week, Facebook’s voting system has always been a failed experiment and this latest vote proves just how true that is.

While the reason for the low turnout is clearly a combination of institutional negligence (Facebook is an inexplicably awful salesman) and user apathy (voting ain’t sexy) the result is nonetheless crystal clear: Facebook will no longer have to seek user approval for its future policy changes.

One of most significant of these changes is that Facebook will now be able to finally integrate its Instagram data, which will pave the way for a future ad-equipped version of the photo-sharing app. After all, just like Google, Facebook really wants to combine all of its disparate user data.

The death of the voting system, while intensely liberating for Facebook and its stockholders, is bad news for Facebook’s users, who now somehow have even less power than they did before.

But its a wakeup call, too, because it should hopefully prove to users that Facebook’s real allegiance isn’t with user privacy but rather with its bottom line. While this has been a very obvious reality for a long while now, it’s still one that’s been lost on many, many Facebook users.

Facebook is no longer a democracy — but then again, it really never was one to begin with
.