From posting status updates to consuming news, the collective time Americans spend on Facebook amounts to more than 100,000 years each month.

The eye-popping figure comes by way of statistics portal Statista. The company pulled data from comScore, Compete, and Google Ad Planner on social network usage in the United States. The infographic included below, made exclusively for VentureBeat, vividly depicts how Facebook is by far the most dominant social network stateside.

Facebook attracts 167 million unique U.S. visitors per month. These users spend an average of 6 hours and 33 minutes on the social network each month. Twitter, Tumblr, and the up-and-coming digital pin-board site Pinterest, may all be growing in popularity, but they clearly can’t compete with Facebook in terms of attention and engagement.

Ignoring Facebook for a second, Pinterest and Tumblr are standouts when it comes to average time spent on site. Tumblr is the second-most engaging social site; its members spend an average of 1 hour and 38 minutes using the community-centric blogging tool each moth. And Pinterest isn’t far behind; users average 1 hour and 17 minutes of Pinterest activity per month. No other social network — Twitter and LinkedIn included — comes close to approaching these striking engagement figures.

A look at the graphic also shows that nascent Google+ already commands a commendable 18 million unique U.S. visitors per month. The traffic figure seems impressive until you notice that the average American visitor spends a total of 6 minutes on the social network each month. In fact, in terms of engagement, Google+ trails all the social networks depicted, including the forlorn (but possibly recovering?) MySpace.

For some additional perspective, consider the time Americans spend on Facebook each month is more than 600 times the time they spend on Google+, according to Statista’s calculations. 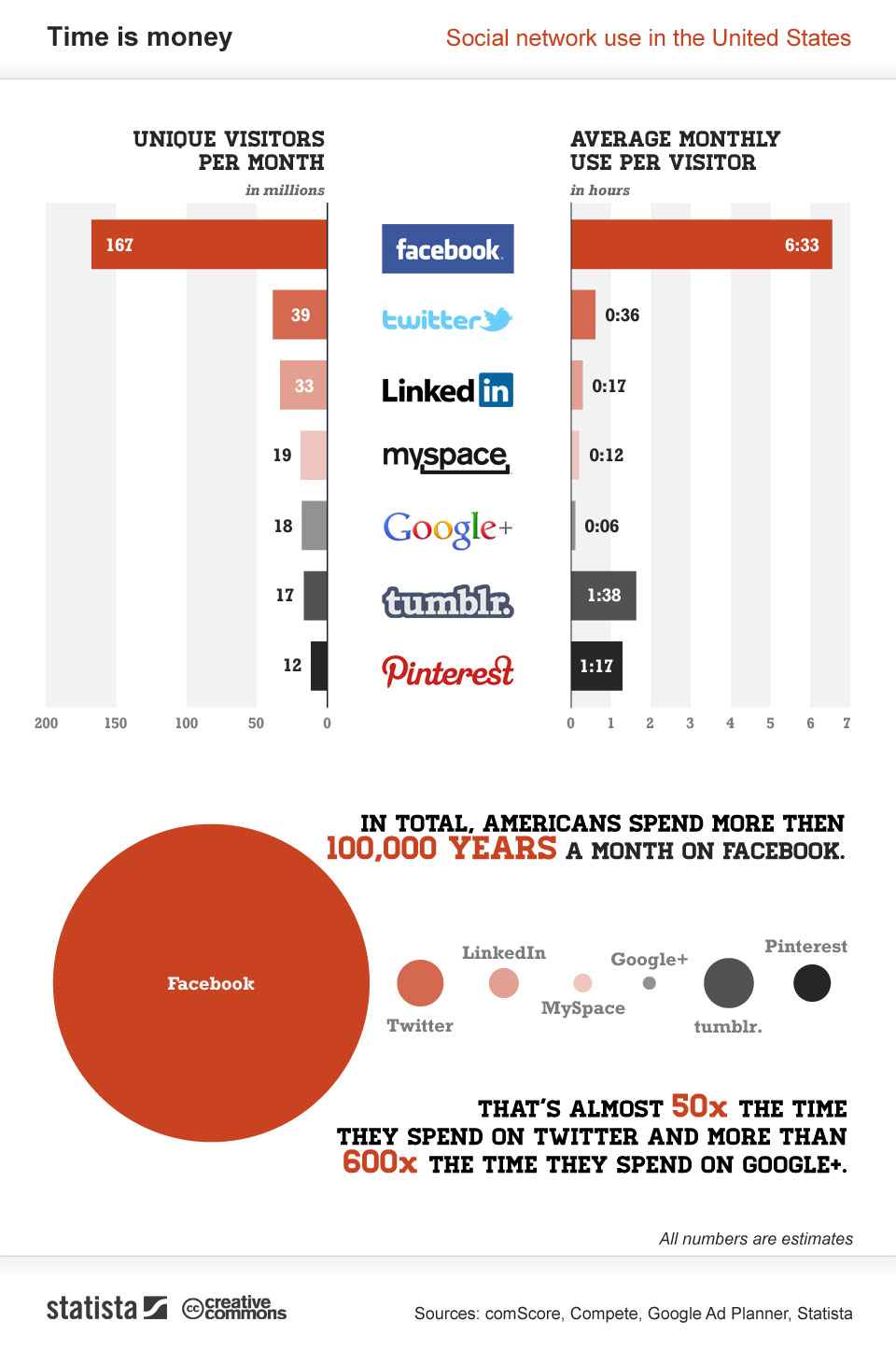