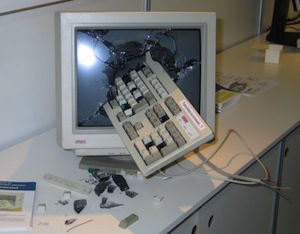 Facebook posted a note yesterday evening explaining the site’s downtime earlier that day — a 2.5 hour period that the company described as “the worst outage in over four years.”

The explanation may not be clear if you’re not involved in IT. It describes several database errors and the team’s attempt to fix them. The main message, as summarized for less technical users, was that the downtime didn’t just involve a single error, but rather “a number of things going wrong at once.” Eventually, in order to fix the problems, Facebook had to shut the site down, fix the error, then slowly allow users to return.

Besides taking down the Facebook site itself, evidence of the downtime was visible elsewhere on the Web, as the outage broke the Facebook “Like” buttons that many websites (including VentureBeat) had incorporated.