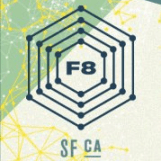 Facebook’s motto for the event is “Read. Watch. Listen,” which hints at new partnerships with media companies that the social network giant is expected to announce. The company is also planning to reveal massive changes to the Facebook platform that will affect how its users share content with each other.

Since there’s a lot to keep up with, scroll down for a roundup of f8 rumors.

Facebook’s plans for integrating music into its social network have arguably received the most chatter across the web. Rumors have circulated that the company will announce a “music dashboard” that will aggregate your activity across multiple streaming music services, like Spotify, Rhapsody, Rdio, MOG and others.

As we previously reported, the new Facebook music service could feature “scrobbling”, meaning any song you listen to gets automatically tracked on your profile without having to lift a finger. The service will also have a “Listen with your friends” feature available in Facebook’s relaunched friend activity ticker feed, which was accidentally leaked by a Facebook employee earlier today.

One feature that people aren’t expected to see in the new Facebook music service is its “remote control” functionality, which would allow users to control a music player from another service without leaving Facebook. As All Things D reports, the company apparently yanked the remote functionality for one reason or another.

Facebook wants to include more content from news publications about as badly as news publications want the attention of Facebook’s over 750 million active user base. As we’ve reported earlier in the week, news publications like the Wall Street Journal are willing to add access to its content within Facebook in exchange for advertising revenue. Facebook wins because users don’t leave its walled-garden.

Announcements at f8 could expand upon this notion of giving access to exclusive content if its lucrative for the content producers. In July, Forbes reported that a dozen news organizations (including CNN and The Washington Post) are partnering with the social network to produce “Facebook Editions”, a Facebook-app version of each publication.

It’s likely that Facebook will unveil some changes to its social gaming platform. Overall, we expect the company to encourage game publishers to take full advantage of new features for game discovery, explore new genres for social games and to use Facebook Credits in creative ways.

In the past Facebook has pushed to duplicate the success that social game developers like Zynga have experienced using the platform.

Although the f8 event is a developer conference at its core, Facebook has lined up a good mix of interesting speakers from across the media business world.  The company’s event speakers include: Spotify CEO Daniel Ek, Clear Channel executive (and MTV founder) Bob Pittman, Zynga executive Owen Van Natta and Turntable.fm co-founder/CEO Billy Chasen. It’s likely that the speakers will have announcements of their own at f8 in addition to the information about partnering with Facebook.

For complete coverage of Facebook’s f8 event, make sure to check VentureBeat throughout the day Thursday.