While much of the talk about Facebook has been around its social network and messaging services, there’s another growing segment that the company is eager to talk about: Facebook at Work. The company has always stuck to its mission of connecting people, and so far it’s been successful, helping more than 1.55 billion people do just that every month. But can Facebook succeed in enterprise software?

There are many companies that want to be the de facto social network for the workplace, including Microsoft’s Yammer, Salesforce Chatter, VMware’s Socialcast, Jive, and, to a certain degree, Slack. But Facebook is hoping it has an advantage that nobody can beat: the incredible familiarity that people have with its platform. Because Facebook at Work offers users the same experience they’d have on Facebook as an individual, it lacks the learning curve that other services may have.

Julien Codorniou, Facebook’s director of global platform partnerships, told VentureBeat that the selling point behind its service is that it’s aimed at giving a voice to all users, from the chief executive to the “foot soldier” on the ground. He explained that competitors target and deploy in technical areas for engineers, developers, or startups. But Facebook is banking on its familiarity to win over entire companies. Codorniou said that there are already “very engaged users and there’s no training needed — something that’s unique in enterprise software.”

Facebook at Work is still in beta and is free right now. A company spokesperson told us that eventually it’ll adopt a freemium model where the core service is free, but features like analytics, support, or third-party integrations will come at a price. It’s said that the full launch of this service will happen some time in 2016, but no specific timetable has been set. 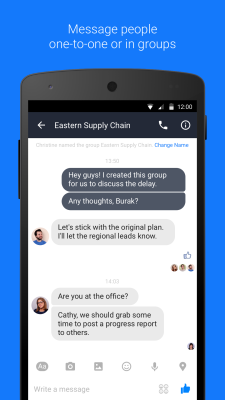 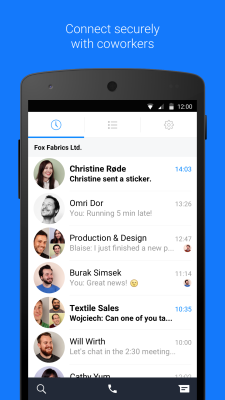 Facebook at Work has been gaining steam over the past year and today announced that it has signed its first global tourism company: Club Méditerranée, better known as Club Med. The addition brings on board more than 13,000 employees from across 26 countries and 110 nationalities.

Club Med will use this technology to help connect all of its teams as it strives to enhance the guest experience. The company’s chief marketing and digital officer, Anne Browaeys-Level, said in a statement: “Our mission is to please our customers when they stay at Club Med resorts. This mission feeds our culture, where we strive to be transparent, multicultural, and innovative. We’re always looking for new ways of fostering this culture across the whole company.”

Facebook at Work is mobile-first, which particularly benefits Club Med, as many of its employees have never touched a personal computer before, but they know about mobile devices. People are often not only familiar with smartphones, but also with Facebook, so the logical connection to Facebook at Work is pretty straightforward. The inclusion of automatic translation makes the service even more appealing, as language barriers are reduced and decisions can be made faster. 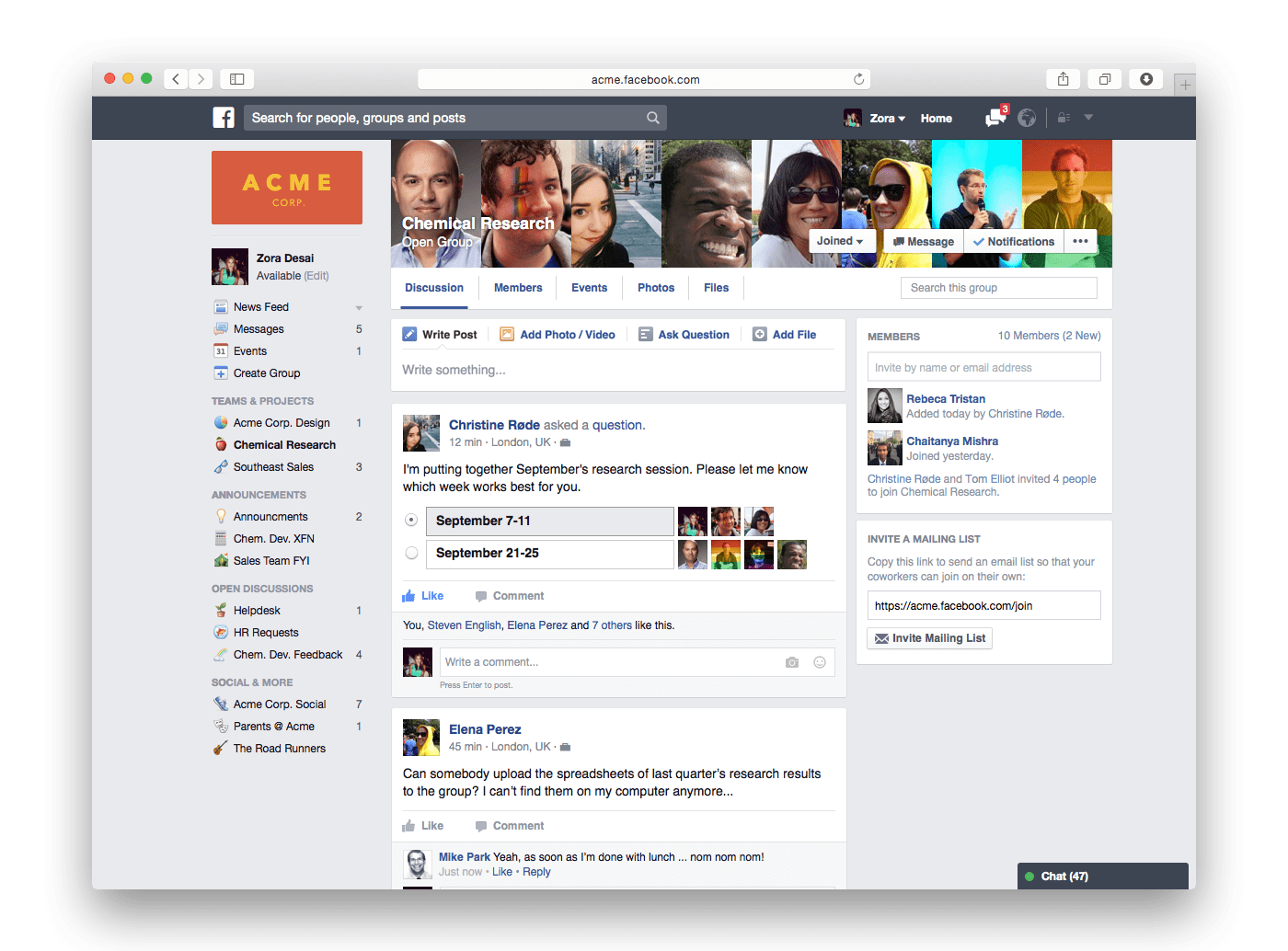 The addition of Club Med as a customer comes a couple of months after Facebook announced it had onboarded 100,000 workers from the Royal Bank of Scotland, which gave Facebook at Work its (at that time) biggest customer.

With its Club Med partnership, Facebook will be able to assess whether its enterprise solution can really work across all geographies and industries. It has already struck similar deals within the financial industry, thanks to the Royal Bank of Scotland, and also with Heineken (food and beverage), Coldwell Banker (real estate), Hootsuite (technology), Lagardère Active (media), as well as others.

Over the next few months, it’s safe to assume that Facebook will continue to tout customers that it signs for Facebook at Work, demonstrating that the service has legs and can compete alongside established incumbents. It’s following a plan similar to that of file management service Box, when, prior to going public, it began showcasing which industries it had become tailored to (such as the healthcare space, legal/political, and others).

At the end of the day, Facebook at Work is going for brand identity. People’s familiarity with Facebook is an unquestionable asset, and businesses know they can accelerate without needing extra training or product support. That seems to work for signing on big names, but Facebook at Work still only has more than 300 customers, and it’s still not ready to just let any interested company sign up. Once it does, the real test will be how quickly the company can grow its customer base.