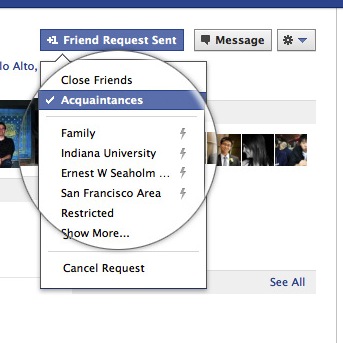 Facebook is updating its Friends Lists feature to better reflect the real-life relationships of its users, the company announced today.

Previously, people had to manually place each of their connections into lists with unique privacy settings and permissions. Anyone with a significant amount of connections on Facebook could easily spend half a day creating lists (and several more hours each week managing those lists to keep them current) to ensure that their profile activity wasn’t shared with the wrong people.

“Lists have existed for several years, but you’ve told us how time-consuming it is to organize lists for different parts of your life and keep them up to date,” wrote Facebook Director of Product Blake Ross on the company’s blog.

Now Facebook is going to try to make things easier on you.

In an effort to make Friend Lists more useful, the company is implementing four new improvements:

Treating restricted user permission lists as separate is a key detail with these new updates, because it lets people create and interact with groups on Facebook without fear that they are sharing something with the wrong people. In my opinion this detail will have a huge effect on customized news feeds.

The old lists weren’t very effective for managing the different methods of communication conducted through Facebook. For instance, creating lists to safe-guard news feed activity about your Facebook account didn’t directly translate to how a person chooses to interact through private messages and instant messaging.

In the past, Facebook users could choose to browse news feeds that contained updates from just the profiles within a specific list. While this feature is still available, Facebook has added the ability to filter by multiple lists at the same time.

For example, if I clicked the list of friends from my city as well as the list of people I went to college with, it would show only those updates from people who are on both lists.

The new functionality regarding lists and news feeds could drastically improve the way people filter information. And despite the many reasons why Facebook should have done this in the past, I can’t help but think that the Friend List change is in response to rising competitor Google+’s social Circles. 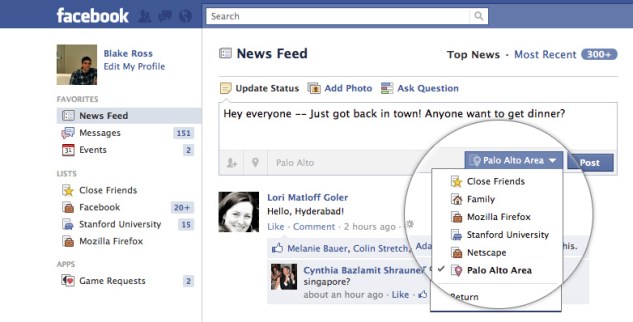