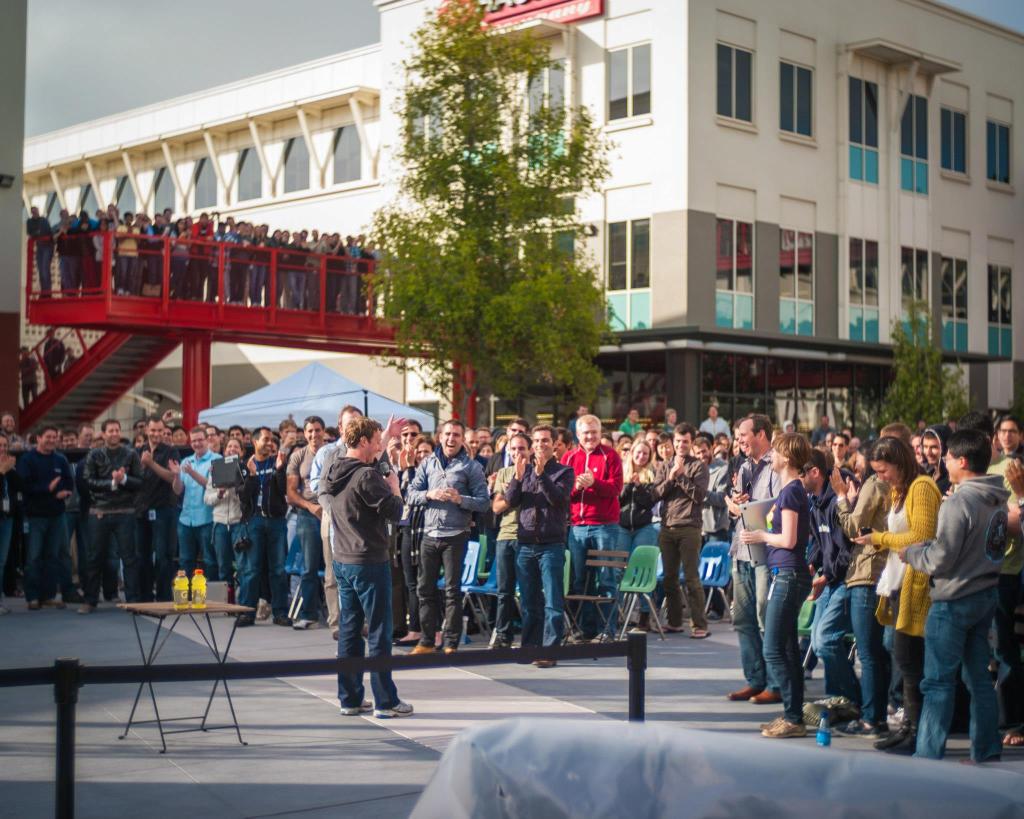 On the eve of the largest technology IPO in American history, the company at the center of all the hoopla is celebrating in a geeky-chic style emblematic of its eight-year history.

Friday morning at 6:30 a.m. Pacific, Facebook CEO Mark Zuckerberg will ring the opening bell in a remote ceremony held at the social network’s Menlo Park campus. Up until that moment, thousands of Facebookers will be participating in an all-night employee hackathon designing and coding away on what could be come the next Facebook Timeline. And from the looks of photos already trickling out on Facebook, this is one party not to be missed.

Facebook kicked off its hackathon, Hackathon 31 to be exact, at 7 p.m. Pacific Thursday evening. A crowd of several thousand employees gathered in an outdoor make-shift arena in the middle of the campus’ corridor (the same place where the bell-ringing will take place) to watch Zuckerberg and senior staffers rally the troops for one final night pre-IPO hacking. Zuckerberg, as pictured below, was greeted with a standing ovation from the crowd.

Thursday afternoon, Facebook priced its shares at $38 apiece for a $104 billion valuation. The company will debut on the NASDAQ tomorrow under the “FB” ticker symbol and raise $16 billion (up to $18.4 billion with its over-allotment option) through its offering.

Tonight, however, Facebook celebrates its “Hacker Way” culture and, in the process, sends a message to Wall Street and the world that its focus will always be on building and shipping products.