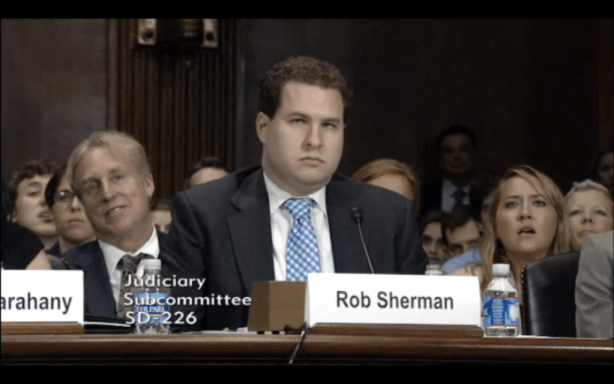 Facial recognition data may seem like a minor feature, but it’s had some major consequences for Facebook.

The latest of these came today as Minnesota Senator Al Franken called a hearing to explore some of the issues related to the increase in facial recognition technology. And Facebook was in his crosshairs.

Representing the social network was Facebook Privacy and Policy manager Rob Sherman, who defended Facebook’s efforts but was ultimately unable to answer some of Senator Franken’s most pressing questions.

Topping Franken’s list of concerns was Facebook’s tendency to turn on major features like tag suggestions by default. Sherman defended the move by arguing that those kind of changes were a fundamental part of the Facebook product and that users always had the option to not use them.

“Facebook itself is an opt-in experience. People choose to be on Facebook because they want to share with each other. We think that it’s the right choice to let people who are uncomfortable with it to decide to opt out,” he said.

Franken, however, disagreed, adding that Google leaves the facial recognition software off by default in Google+. “I think this information is so sensitive that it’s the kind of thing users have to consciously opt themselves into,” he said.

Franken was also concerned by how difficult it is to get information about how Facebook uses facial recognition data. 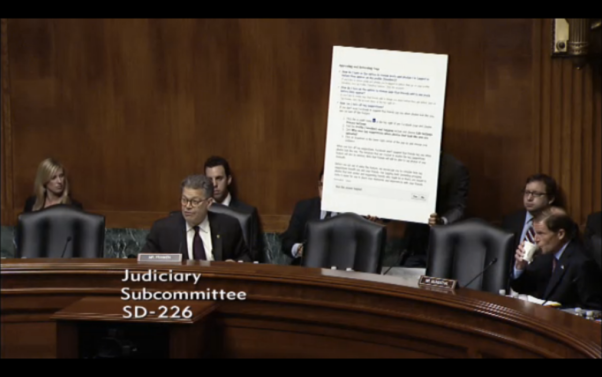 “That’s six clicks away,” he said, raising his eyebrow when Sherman struggled to respond. “You’re head of this at Facebook?” he asked.

Towards the end of the hearing, Franken asked Sherman whether Facebook would ever sell its user face profiles or the underlying facial recognition software to third parties. This was a question Sherman wasn’t able to answer.

“It’s difficult to know what Facebook will look like five or 10 years down the line, so it’s hard to respond to that,” he said.

While it’s not yet certain where Franken will go next with the probe, Sherman’s inability to guarantee that Facebook won’t ever sell user facial profiles could one day result in legislation ensuring the social network never can.