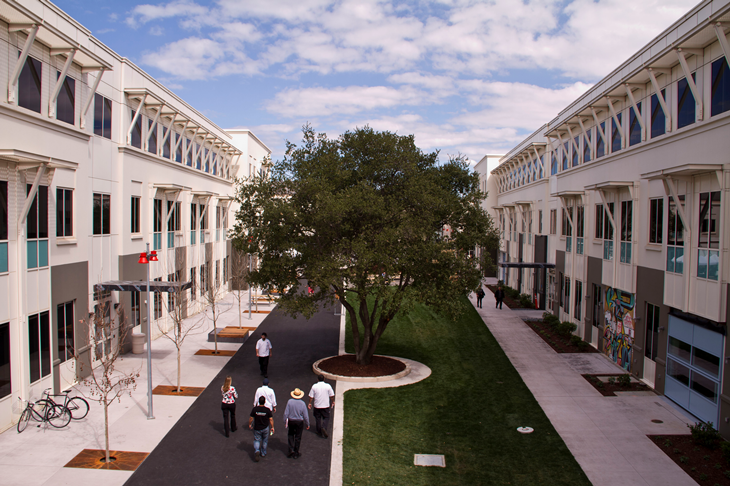 Status update: Facebook has priced its shares at $38 apiece and will raise $16 billion (up to $18.4 billion with its over-allotment option) tomorrow in its long-awaited initial public offering on the NASDAQ, the company has confirmed.

At $38 per share, Facebook’s valuation is $104 billion — but expect its market cap to skyrocket Friday as shares exchange hands at breakneck pace and at increasingly inflated prices.

Facebook was initially targeting a range between $28 and $35 share, but later upped the range to $34 to $38 a share. Coming in at the top of the range is an indication of the extremely strong demand for the offering, which will be the largest tech IPO in American history in terms of the amount of money it raises.

Also in response to overwhelming demand, the social network, which had been planning to sell 337.4 million shares through its offering, added 84 million shares to its offering on Wednesday. The eleventh-hour maneuver — shares were pooled together from Facebook investors — means that Facebook will sell 421.2 million shares through its offering, and that Zuckerberg’s voting power has been reduced to 55.8 percent. Of that pool, 180,000,000 of the shares will be Facebook’s, so the company itself will get about $6.8 billion from the transaction. The rest of the shares are being sold by current Facebook shareholders.

Additionally, the IPO’s underwriters have the option of selling 63.18 million shares — up from 50 million shares — in an over-allotment option bankers call the “greenshoe,” which is designed to control price volatility and extract more value from the IPO.

Today’s pricing means that Facebook has ticked the final checkbox on its must-complete list before becoming a publicly traded company. Friday, CEO Mark Zuckerberg and team will ring the opening bell in a remote ceremony at its Menlo Park headquarters that will be simultaneously broadcasted at the NASDAQ.

Facebook confirmed the news to VentureBeat and posted a press release confirming the $38 price after the market closed today.

As a public company, Facebook will face more scrutiny than ever before. The company will not only have an obligation to shareholders to disclose business risks, as it has started to do with its S-1 filings and IPO prospectus, but will also need to report quarterly earnings and other business details. Those earnings must continually meet or exceed Wall Street’s expectations, should the company wish to keep its stock price from sliding backward.

“By going public, Facebook has to disclose all information that would allow investors, professional and retail, to be able to analyze that data and make a decision as to whether or not the growth projections … are likely going to be met or are under risk,” said Peter Adriaens, a professor of entrepreneurship at the University of Michigan’s Zell Lurie Institute for Entrepreneurial Studies. “Not only do they have to disclose all these future business risks, but they have to disclose what they’re doing about them. Up until now, a lot of that could be kept under wraps.”

Facebook did outline a number of risks in its prospectus, and particularly highlighted mobile as its real Achilles’ heel. Of particular interest to investors will be how the company goes about monetizing the 488 million monthly active users accessing Facebook from their mobile devices. The social network admits that it currently shows this audience an “immaterial number” of advertisements, which means as more people opt for mobile devices over desktop- or laptop-based web browsers — and that appears to be a trend in the making — these users will become a problem of increasing financial significance to Facebook.

“We believe this increased usage of Facebook on mobile devices has contributed to the recent trend of our daily active users (DAUs) increasing more rapidly than the increase in the number of ads delivered,” the company warned investors in a recent amendment to its S-1.

There’s even the possibility that Facebook’s “Hacker Way” culture will clash with the demands that go along with being a public company, Altimeter Group digital advertising and media analyst Rebecca Lieb said in an interview with VentureBeat.

Facebook, she said, has operated under the mentality that it’s better to build something and get it out than wait for the product to be perfect. “That might be difficult for Facebook as a public company,” Lieb said. “The Street might want to see more instantaneous, revenue-generating results.”

“This is a very new channel. It’s very hot because it is the largest media company in human history,” Lieb said. “It’s very important to underscore that no print or broadcast channel has ever had anything approaching 1 billion users.”

But the problem, as Lieb sees it, is that because Facebook offers such a unique form of advertising and marketing, its product offerings are similar to those available in the search market 10 years ago. “Businesses are not well versed in how to use it, and the advertising and marketing products and services are not yet fully developed by Facebook.”

Search, as we all know, has turned out to be quite lucrative for Google. “Clearly Facebook hopes to be as successful if not more successful than Google, which is one of its chief competitors,” Lieb said.

“The business cycles in this industry are fantastically fast,” she said. “Companies that once dominated the landscape as giants in digital advertising, marketing, and media include AOL, Yahoo, and MySpace. So where it took close to a century for GM to almost fail, that happens in 10 years in the Internet industry.”

She added that, depending on how you define “long-term,” we’ve really yet to see a long-term Internet company on the public market. “Companies like Google are barely even 10 years old.”

At $38 a share, Facebook is likely an excellent buy for the investor who can flip her shares as the stock initially pops on the public market. But does the $38 price and a $104 billion valuation accurately reflect Facebook’s fair value?

Not a chance, PrivCo chief executive Sam Hamadeh told VentureBeat earlier. He said the initial offering price may be a minimal risk for those who want to turn a quick profit, but long-term investors should be wary. A backslide is inevitable, he said.

PrivCo, which tracks the financial data of private companies, believes that Facebook’s fair value rests between $24 and $25 a share. The company arrived at these numbers with two different methods: using enterprise value to revenue multiples (based on comparable public companies) and a discounted cash flow calculation that modeled out the next four years of Facebook’s costs, revenues, and net incomes.

Hamadeh predicts that, following several events he expects in the coming year, Facebook’s stock price will fall closer to this $25 “fair value” by year’s end.

One such event: a missed earnings report. Facebook will disappoint investors when it reports its second-quarter and third-quarter 2012 earnings, Hamadeh predicted. “The projections that people have for this company are so inflated at this point, Facebook can’t help but miss,” he said.

“After it returns to fair value, then the stock will grow as the company grows,” Hamadeh said. “It could take two or three years to get back to its IPO price.”

Of course, much of this is speculative and depends on the market’s response to Facebook. For now, all we can do is wait and watch the clock in anticipation of tomorrow’s opening. Tick tock.