Facebook is developing a new Android dialer that leverages the social network’s massive database of phone numbers. The company confirmed the existence of the app, simply called Phone, but wouldn’t offer any more details. “We are always testing things and have nothing to announce at this time,” a Facebook spokesperson told VentureBeat.

As you can see in the screenshot below, courtesy of Android Police, Phone was meant to be tested internally at Facebook (hence “FB-ONLY”). Nevertheless, the message to install it appears to have shown up for a small handful of Facebook users, not just employees, in the main Facebook app: 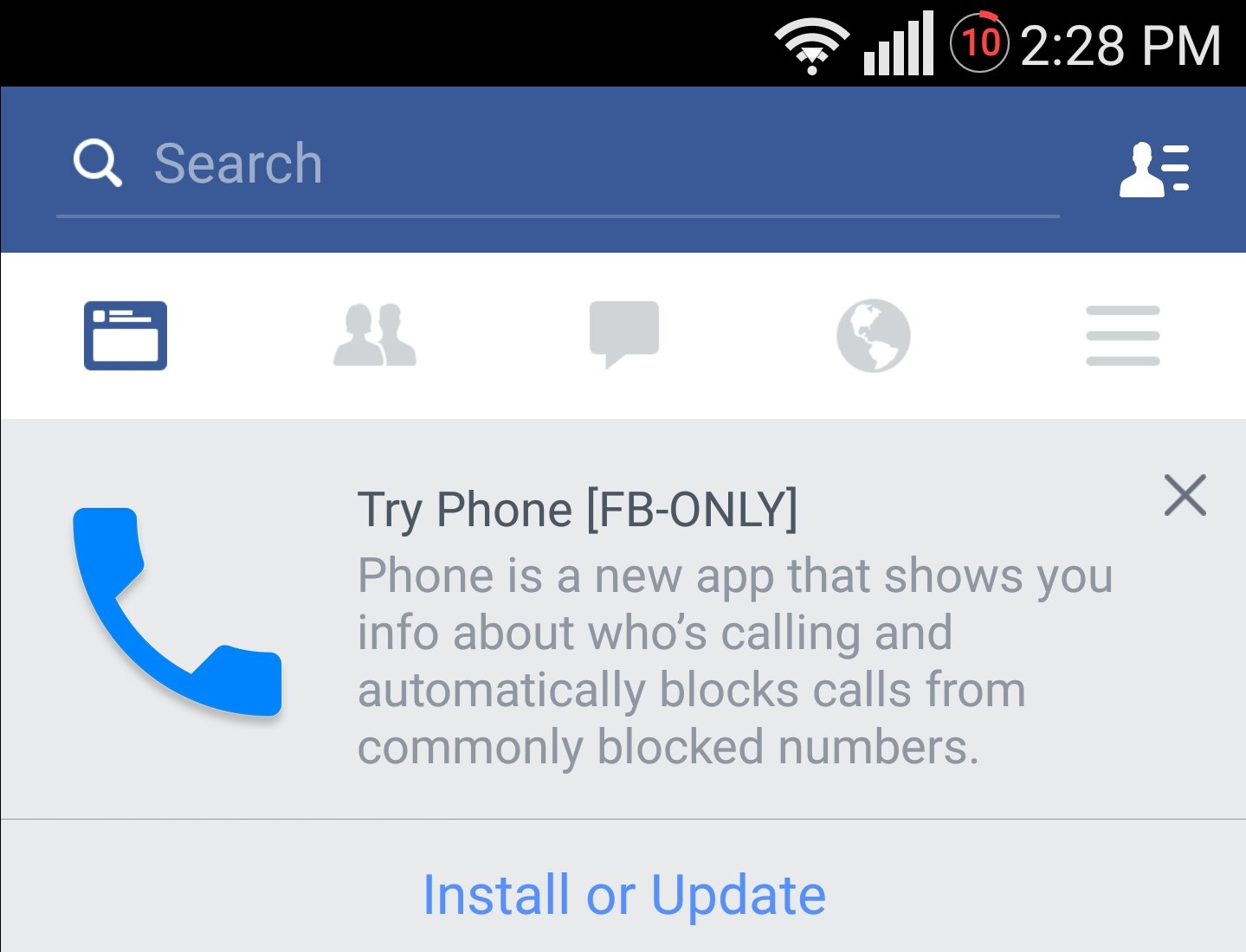 We don’t have much to go off, since tapping the “Install or Update” button leads to an error (the app is likely properly locked down even if its promotional message wasn’t). Still, the description is very straightforward: this app “shows you info about who’s calling and automatically blocks calls from commonly blocked numbers.”

Caller ID makes plenty of sense, given that Facebook has more than 1.39 billion users. Many of these have their phone number saved in their profile (and Facebook even has a rather poorly implemented directory for looking them up), so a Facebook Android dialer would presumably be able to tell you who is calling even if their number isn’t in your phone.

The second feature is also intriguing: nobody likes getting unsolicited calls. If Facebook can do this better than anyone else, it may have an interesting proposition on its hands. Unlike the first feature though, this would be easily replicable by Google and anyone else that makes Android dialers.

Facebook currently offers eight apps for Google’s mobile platform, including Facebook Home, which is only for Android. Like many of Facebook’s experimental apps, the Android homescreen replacement received a lot of fanfare upon launch, but quickly fizzled out.

Facebook Phone, or whatever the app ends up being called, may never see the light of day. The fact that the company is working on something like this is interesting in itself, and it’s also likely to further fuel the rather ridiculous rumors that the company is releasing a smartphone.