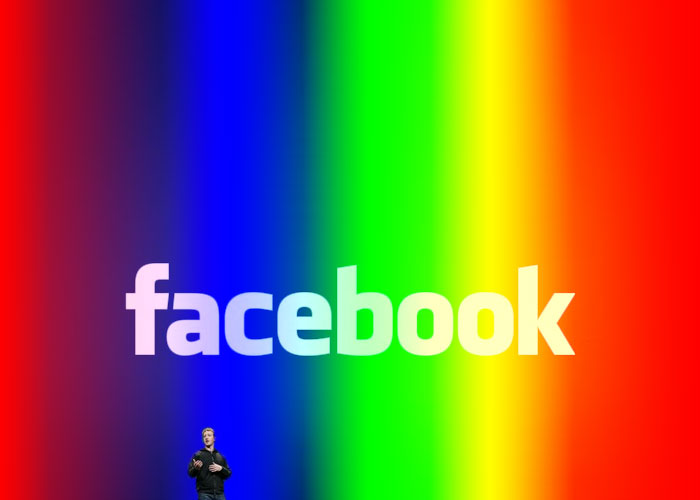 At the GLAAD Media Awards last weekend, Facebook was recognized for its support and protection of the LGBT community over the past couple years.

But why, you ask, would an ostensibly neutral, public platform want to support and protect any group of users, especially ones in such a controversial demographic?

In a video sent to the GLAAD gathering, Sheryl Sandberg speaks to the lesbians, gay men, bisexual and transgendered folks, and their straight allies in the audience, saying, “We’re committed to helping people express who they really are,” referencing the site’s “in a domestic partnership” and “in a civil union” relationship statuses, but also nodding to the company’s ongoing work with GLAAD to stop online bullying, harassment, and hate spech towards LGBT youth and adults.

“We’re grateful for all you do in the world and honored to be able to build technology which can support your efforts,” Sandberg said.

Facebook was recognized by GLAAD for its years of work to stop online bullying of gay youth in particular, an effort that was spurred by a rash of high-profile gay teen suicides in 2010. We were on hand to capture the awards show itself, a star-studded event that highlighted the importance of positive LGBT role models and fair and accurate portrayals of queer folks in the media.

Accepting the award for Facebook were Andrew Noyes and Sara Sperling, whose longer comments about the “network effect” of creating an LGBT safe space online and the stories Facebookers see and hear about their queer users are included in the extra clip below at around 2:15.