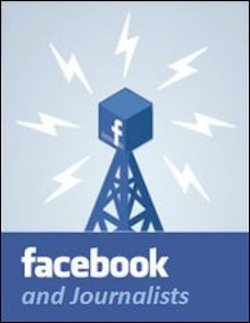 Facebook has hired former Mashable Community Manager Vadim Lavrusik for the new position of Journalist Program Manager that will be charged with building relationships with news organizations.

The new position is the latest step by the social media giant to improve the quality of professional news on its website by advocating the use of Facebook as a reporting and promotional tool for journalists.

The motivation for Facebook to improve their relationships with the media could be in part to the company wanting to steal some steam away from microblogging site Twitter, which arguably is a more popular reporting tool for journalists.

“The goal is to build programs that bridge the gap between journalists and Facebook,” Lavrusik told CNN. “Twitter is very public. It’s an informational platform. It’s easy to see the application for news.”

However, there are plenty of other reasons they would want to get more involved with journalists and reporting.

News organizations that directly worked with Facebook experienced a 300 percent increase in referral traffic to their websites, the company points out.

If Facebook became an essential tool for reporting professional news, those numbers would be more sustainable and add stability to Facebook’s high valuation.