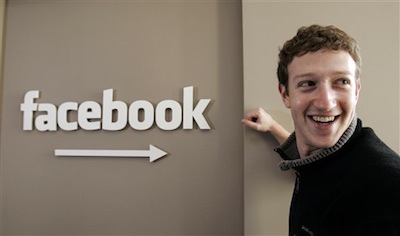 It looks like Google isn’t the only one gearing up for a social network battle.

Rumors surfaced in June that the search giant was developing a Facebook competitor called Google Me, and the company’s social networking ambitions became even more certain this week with its acquisition of social app maker Slide. TechCrunch has called Google’s efforts a war on Facebook, and said Vice President of Engineering Vic Gundotra is the company’s general.

Now we’ve heard from a source close to Facebook’s plans that the social network is working hard to fend off Google. Specifically, chief executive Mark Zuckerberg has declared that the company is on “lockdown” for the next 60 days, with the office open on weekends as the company tries to revamp Photos, Groups, and Events in advance of the Google launch. We hear Zuckerberg even has a neon sign saying “Lockdown” on his office door.

The phrase is a callback to Facebook’s early days, as described in David Kirkpatrick’s book The Facebook Effect. During a lockdown, if someone wanted to leave the office Zuckerberg would reportedly pound the table and say: “‘No! We’re in lockdown! No one leaves the table until we’re done with this thing.”

Update: A Facebook spokesman sent me the following statement.

Our focus is always on improving our products and creating new ways for people to connect and share information. We’re not going to engage in rumors about our future plans.

Update 2: Zuckerberg has confirmed that the company was in lockdown.