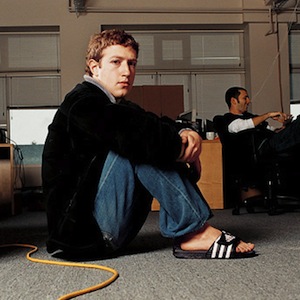 It’s been pretty obvious for a while now that when Facebook acquires small startups, it’s usually just treating the deal as a way to hire the company’s founders and engineering team — what has become known as a “manquistion” or “acqhire” (ugh, what ugly words). But Facebook offered more details about the thinking behind these deals in a recent New York Times article about the trend.

Basically, it sounds like we should look at this as just another tactic in the growing competition among Silicon Valley companies to recruit the top engineers.

“Engineers are worth half a million to one million,” Facebook’s director of corporate development Vaughan Smith told The Times.

Some of these acquisitions seem to have worked out pretty well for Facebook, most notably the $46 million purchase of FriendFeed — FriendFeed co-founder Bret Taylor is now Facebook’s chief technology officer. (FriendFeed’s other famous co-founder, Gmail co-creator Paul Buchheit, has since left for incubator Y Combinator.) As for the FriendFeed site itself, Facebook has kept it up but hasn’t put any resources into improving it.

Those deals are also pretty good for the entrepreneurs in-question, bringing them a job at one of the hottest tech companies as well as valuable Facebook stock. But they have their downsides too, especially when the startup products are shut down and team members are left out of the deal. Dave McClure of 500 Startups told The Times, “That’s not what we’re aiming for as investors.”

I actually complained about the trend in my piece on New Year’s resolutions for the tech world. I wasn’t grumpy about the fact that talent acquisitions are happening at all, but rather about the disingenuous way they’re sometimes described. Too often they’re dressed in the usual congratulatory language of a big, successful exit; buried in the announcement is the fact that the product — you know, the thing that presumably motivated the entrepreneur to start the company in the first place — is being killed. So I appreciate the fact that Facebook is being relatively open about what these deals are really about.