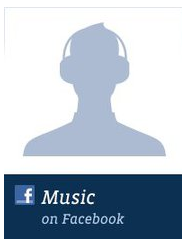 Facebook is set to debut its entrance into music services at its  F8 event next week, reports TechCrunch.

Facebook Music is reported to take advantage of “scrobbling”, meaning any song you listen to gets automatically recorded on your profile without having to lift a finger. It’s the same feature that was made popular by CBS-owned music service Last.fm.

The scrobbling feature makes sense given Facebook’s emphasis on a main news feed of activity for each of its users. Also, music has been the one thing consistently missing from that feed despite being able to link other music services up.

And speaking of other services, the report also indicates that songs will not be distinguished by the music service your using — meaning someone who sees you listening to a particular track on Spotify can listen to the same song using Rdio (or any other service of their choosing). These mechanics work so long as you’re signed up for one of the music services Facebook is partnering with.

As we reported previously, Facebook won’t be hosting its own music, and instead will partner will other services. Those partners could include Spotify, Rdio and Turntable.fm to name a few.