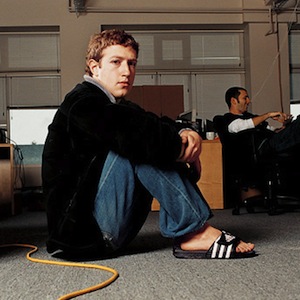 It looks like Facebook is about to announce its relocation to Menlo Park, Calif. That Bay Area suburb has long languished in the shadow of Palo Alto, its neighbor to the south, which has lately attracted more than its fair share of startups.

The company is sending out invites to a press conference on Feb. 8 at Menlo Park City Hall. Given last month’s reports that Facebook had purchased 22 acres of business property near the old Sun Microsystems campus (in, yes, Menlo Park), it’s not hard to guess what the company will be talking about.

And when Cnet’s Caroline McCarthy asked about the move, Facebook told her: “The press event on Tuesday at Menlo Park City Hall is regarding a campus that will fit our long-term business needs. We’ll be sharing more information at that time.” (A Facebook spokesperson just sent me the same statement.) That isn’t quite the same as saying, “Yes, we’re moving to the property that everyone was speculating about,” but it’s pretty close.

Facebook has offices around the world, but its core teams remain in Palo Alto. The company moved to its current headquarters in 2009, then it added another Palo Alto office last year. As Facebook continues to expand, it’s probably outgrowing those offices.

In a related move, VentureBeat reported in December that Facebook was close to landing new space on Madison Avenue in New York City, the iconic home of the advertising industry which it is increasingly trying to court. A source in the commercial real-estate industry told us that Facebook has signed a lease on a large office building where it will be able to house hundreds of employees.

In terms of location, the new Menlo Park campus shouldn’t be a huge shift for employees who drive or take the company shuttle from San Francisco to work, since it’s about five miles from Facebook’s current headquarters. For those used to walking or biking — the company once gave employees who lived in walking distance of headquarters a monthly rent voucher — it’s more of a switch. The big question, though, is whether the company can retain its startup culture as it relocates and grows.