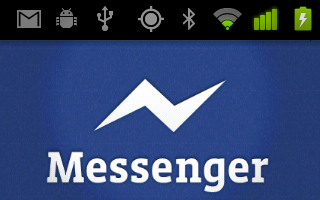 Facebook Messenger is a standalone mobile app for iPhone and Android. Its features will be available via SMS for other mobile users.

The app allows Facebook members to send real-time messages in a way that fully integrates with their Facebook profiles as well as with Facebook Chat and Messages. They can view and respond to all kinds of one-to-one and group communications that take place on the Facebook platform.

In addition to letting mobile users stay connected to their Facebook friends on the go, Facebook Messenger will also let users pull in contacts from their mobile contact lists.

“For example, you can have a group chat with a couple Facebook friends, a couple other contacts in your phone, and even people on feature phones who are just using SMS,” Facebooker and former Beluga co-founder Ben Davenport told VentureBeat. 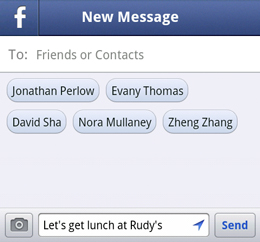 Beluga was a group chat app acquired by Facebook back in March. At the time, we speculated that the purchase went beyond Facebook’s typical hiring-through-acquisition process and might actually lead to a Beluga-like Facebook product — which is exactly what happened.

“We’ve been working on this for the past four or five months,” said Davenport. “A lot of code was reused on the client side. On the server side, we had to throw away most of what we had to integrate with Facebook Messaging.”

And Davenport said the tie-ins with other Facebook communication tools are “seamless.” You can continue conversations from your phone onto your desktop or vice versa. You will be able to attach photos and locations to your mobile messages, and if you’re chatting on the desktop with a friend using Facebook Messenger, you will notice a mobile phone icon in the chat sidebar to indicate that friend is IMing with you from his or her phone.

Davenport thinks the location-sharing features will be especially useful, since he has noticed many people using Facebook Messaging and Chat features for the purpose of coordinating meetups. 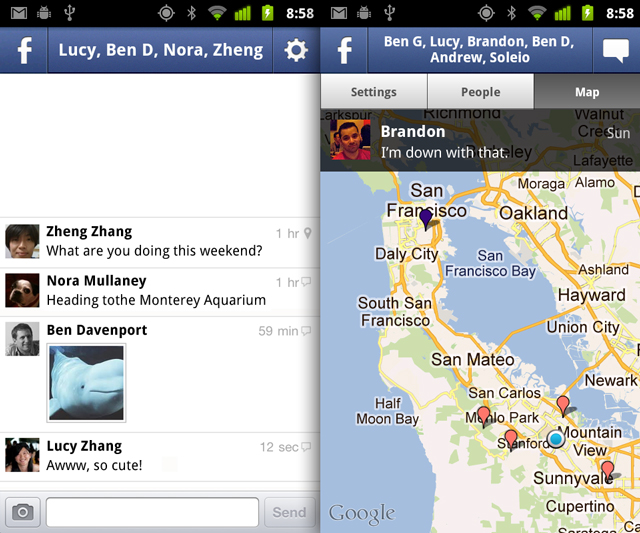 For the vast number of Facebook users who don’t use smartphones, Davenport said, “It’s a standard text message system, so whatever rates you pay will apply. You can mute conversations so you don’t get overwhelmed.” For Android and iOS users, the app will use only data, not SMS functions.

Facebook Messenger will come to people in the U.S. and Canada first. The rollout starts at noon Pacific Time, with support for other countries coming soon, according to a Facebook spokesperson.