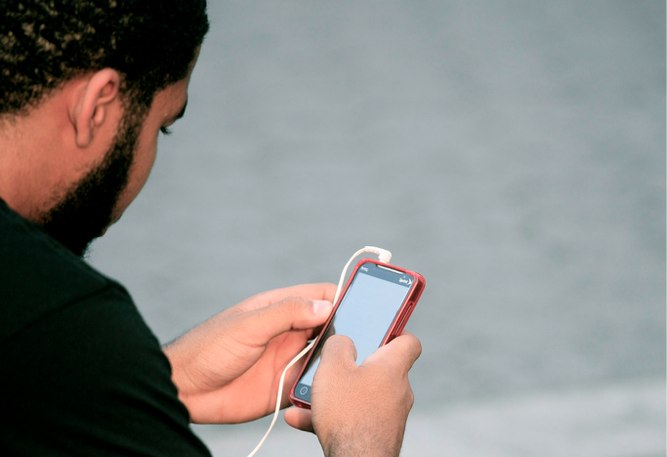 Mobile is Facebook’s advertising Achilles’ heel, a fact the social network was not only quick to point out to investors in its first S-1, but also anxious to emphasize in the latest prospectus amendment.

Data from comScore, which shows that U.S. Facebookers are now accessing the social network more from mobile devices than computers, adds more than a little credence to the idea of Facebook’s mobile users becoming a problem of increasing financial significance for the company. 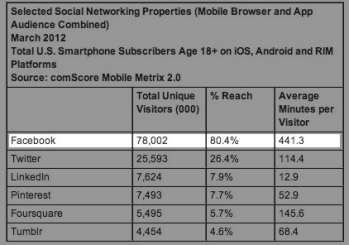 The average U.S. Facebook user spent 441 minutes, or 7 hours and 21 minutes, accessing the social network’s mobile properties in March, according to comScore. For comparison, the average time spent on Facebook via computer in the U.S. was just 391 minutes in the same month, comScore confirmed to VentureBeat.

We also know, courtesy of Facebook’s filings with the SEC, that in March Facebook had 488 million mobile monthly active users (MAUs). The figure is up more than 14 percent from December when the company said it had 425 million mobile MAUs.

And, according to comScore, Facebook’s 18-and-up smartphone audience in the U.S. topped 78 million unique visitors in March, meaning the social network reached more than 80 percent of all U.S. adults on mobile in the month. (For those curious, 80 percent accessed Facebook via mobile application and 20 percent through the mobile browser)

These big numbers are one big, bad problem for Facebook, which made 82 percent of revenue during the first quarter of 2012 from its advertising business. Why? Facebook admittedly shows an “immaterial number” of sponsored stories in mobile users’ News Feeds.

“We believe this increased usage of Facebook on mobile devices has contributed to the recent trend of our daily active users (DAUs) increasing more rapidly than the increase in the number of ads delivered,” the company warned investors in an amendment to its S-1.

Case in point, Facebook’s revenue for the first quarter of 2012 came in at 6 percent less than revenue for the fourth quarter of 2011. The social network attributed the decline in revenue to seasonal trends in ad spend. It’s hard not to also make a correlation between an increase in mobile over web usage and a decline in revenue, especially when Facebook connects the two in its latest filing.

With its initial offering slated for May 18, Facebook’s mobile numbers and a seemingly Wall Street-indifferent CEO may give some investors pause.