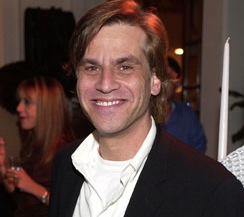 The New Yorker just published a lengthy profile of Facebook cofounder and chief executive Mark Zuckerberg. It’s a fun, thorough piece, one that lives up to the subtitle “Mark Zuckerberg opens up” — though for readers who have been following Facebook there probably isn’t much new from Zuckerberg himself.

The most interesting quotes actually come from Aaron Sorkin, writer of The Social Network, the movie about Facebook’s early days that’s scheduled to open on October 1. The film is based on Ben Mezrich’s book The Accidental Billionaires, an unflattering portrayal of Zuckerberg that was written without Facebook’s cooperation. The movie is expected to be largely critical towards Zuckerberg and his company. But Sorkin said it wasn’t intended as a mean-spirited takedown — instead, Zuckerberg is mostly the film’s “antihero,” then in the last five minutes becomes its “tragic hero.”

“I don’t want to be unfair to this young man whom I don’t know, who’s never done anything to me, who doesn’t deserve a punch in the face,” Sorkin said. “I honestly believe that I have not done that.”

Since he signed on to write the movie, Sorkin has been open about being unfamiliar with Facebook, and it’s something he discusses again in the article: “I’ve heard of Facebook in the same way I’ve heard of a carburetor. But if I opened the hood of my car I wouldn’t know how to find it.”

Despite Sorkin’s lack of experience with social networking, and the fact that the movie, like Mezrich’s book, was created without Facebook’s cooperation, most of the early reviews are very positive. For his part, Zuckerberg continued to describe the movie as “fiction” — for example, he said that contrary to the movie’s claims, he never had any interest in joining one of Harvard’s elite “final clubs.”

All Things Digital’s Peter Kafka has seen the movie, and he says it’s just as “brutal” as Zuckerberg and Facebook’s PR team feared. He also notes that Sequoia Capital’s Mike Moritz, who was named in the screenplay draft that leaked online last year, has been changed to a fictional character — while other Silicon Valley notable figures like Dustin Moskovitz and Peter Thiel are mentioned by name.

One of the more fun threads running through the profile is how Zuckerberg, whose advocacy for openness and oversharing has shaped Facebook’s increasingly un-private privacy policies, talks about what’s shared on his own Facebook profile. For example, a few days after The New Yorker’s reporter asked about the fact that Sorkin’s TV show The West Wing was listed among Zuckerberg’s favorites, Zuckerberg removed it. Then, after the story was published, he added it again. (When Sorkin was informed that Zuckerberg’s a fan, he said, “I wish you hadn’t told me that.”)

And when asked why the only book listed on his profile is Ender’s Game, a popular military science-fiction novel about a young genius with a ruthless streak, Zuckerberg said: “I just added it because I liked it. I don’t think there’s any real significance to the fact that it’s listed there and other books aren’t. But there are definitely books — like the Aeneid — that I enjoyed reading a lot more.”

One of the main points that Zuckerberg and others emphasize in the article is that he shouldn’t be judged based on the blunders he made in his early days. (VentureBeat’s Matt Marshall wrote an in-depth article last year about how Zuckerberg has evolved as a CEO.) Asked about the Harvard-era instant messages that Silicon Alley Insider published last spring, where he called users who trusted him “dumb fucks,” Zuckerberg said, “I think I’ve grown and learned a lot.” Accel’s Jim Breyer, an early Facebook investor, said that after seeing the IMs, “my confidence in him as C.E.O. of Facebook was in no way shaken,” and that Zuckerberg is “a brilliant individual who, like all of us, has made mistakes.”