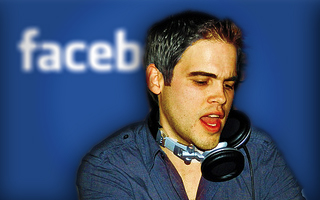 Since the launch of Facebook’s social music tools, Facebook users have listened to songs on the social network 1.5 billion times.

That’s around two songs each for Facebook’s roughly 750 million users.

Facebook announced the addition of streaming music to its website during f8, the company’s developer conference, which took place in late September.

At that time, we learned you would be able to listen to music directly on Facebook.com. The most important part of the new features, executives said, was the process of sharing our tastes and telling our friends about new songs and artists.

“Being able to click on someone’s music and play it is a great experience, but knowing that you helped a friend discover something new … is awesome,” said Facebook CEO Mark Zuckerberg at the time.

Facebook now says that some of the biggest success stories coming out of the music integration are from those startups themselves, some of which have seen two to ten times as many active users as a result of streaming media on Facebook.com.

Spotify has added more than 4 million new users since the f8 announcement. Earbits, an LA-based, Y Combinator-funded startup reported a 1350 percent increase in user activity. Mog saw 246 percent growth since f8, and Rdio is reporting a thirty-fold increase. Slacker said their monthly active userbase has grown eleven times over what it had before f8.

“We’re getting closer to a wider roll-out of Timeline and the Open Graph, and we are looking forward to the mobile and web experiences that are being created across all industries,” wrote Facebooker Casey Maloney Rosales Muller on the company blog.

“What we’ve seen in music and games on Facebook is just the start, and it all happens through the apps you build.”

Image based on a photo from 4elevenpix.