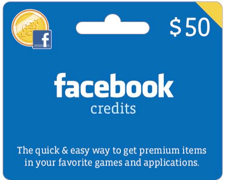 How committed is Facebook to broadening its revenue streams beyond advertising?

So serious that it’s formed a subsidiary, Facebook Payments, Inc., and is registering it in a host of states.

The move could signal an intent by the world’s largest social network to get more broadly involved in the payments business while also making its business operations more efficient. Right now, it appears unlikely that Facebook will roll out any kind of consumer-facing payments service analogous to eBay’s PayPal — but it could set the stage for such a move down the line.

The subsidiary was formed in Florida in December 2010. Facebook CFO David Ebersman, general counsel Ted Ullyot, and vice president of business development Dan Rose form the entity’s board. Facebook is hiring a controller for the business, which it describes as a “rapid growth, very dynamic subsidiary.”

Facebook is already in the payments business in a big way. While most consumers use the site for free, it processes hundreds of millions of dollars a year in payments from advertisers. It also has a modest but fast-growing business in Facebook Credits, a Facebook-only currency it sells to consumers to let them buy virtual goods in games like Zynga’s FarmVille and Crowdstar’s Happy Island. Facebook splits revenue from Facebook Credits with app developers, meaning it has to disburse funds as well as collect them.

Facebook confirmed as much in a statement. “As is common in many company structures, we have established a subsidiary called Facebook Payments Inc. that helps handle payments to developers related to our Facebook Credits program,” said Jonathan Thaw, a Facebook spokesman.

But the subsidiary could do much more for Facebook. When you handle that volume of transactions, credit-card processing fees add up fast. Facebook Payments could form direct ties to Visa and MasterCard’s payment networks, cutting out a merchant-bank middleman and saving on costs.

Also, state and federal regulators tend to take an interest in sizeable money flows. Facebook’s move to register Facebook Payments in multiple states suggests that its subsidiary will take on the prodigious task of complying with a host of local regulations. Early on, PayPal struggled with a similar regulatory burden — but doing so gave it an advantage over competitors that hadn’t done so. Facebook board member Peter Thiel, a cofounder and former CEO of PayPal, is certainly familiar with this history.

One other reason Facebook might need a Facebook Payments subsidiary: the possibility, long rumored in the industry, that Facebook could start its own ad network in competition with Google’s AdSense, which places ads on third-party websites and shares revenues with their publishers. Facebook already has planted a presence across hundreds of thousands of websites with its “Like” and “Share” buttons, comment functions, and other social plugins. It would be easy for Facebook to sign those publishers up for an advertising network powered by Facebook’s detailed demographic information. But then it would have to start cutting checks on a massive scale — something that would be eased by a dedicated payments-processing operation.

Facebook must also be preparing for a future in which mobile payments become big. Facebook mobile chief Erick Tseng said at last year’s MobileBeat 2010 conference that it wants its mobile platform to offer the same features as its Web platform. That presumably includes Credits and other payments functionality.

Finally, we’ve heard murmurs from inside Facebook’s developer community that the social network really wants to push e-commerce on its platform. While Facebook has abandoned past attempts at selling directly to consumers, including a virtual gifts business and a classifieds-ads offering, it makes sense that it would want to run the payments part of any commerce happening on its platform.

And there’s something powerful about the idea of transactions between people with verified, real identities; one has to think Facebook would have an advantage in controlling fraud over rivals like eBay and Amazon.com.

Facebook’s formation of a subsidiary doesn’t make any of these possibilities a guaranteed outcome, of course. But it certainly lays the groundwork for moves that could rattle PayPal, Amazon.com, and the banking industry.