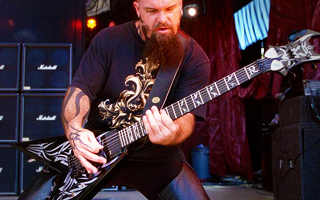 We’ve told you already about Buffy, the phone Facebook is reportedly releasing sometime in 2012 or 2013.

We’ve learned this morning that Buffy started out as Slayer, a highly controversial project within Facebook’s walls that led to more than one Facebooker leaving the company entirely.

All Things D reports that the original code name for Facebook’s ambitious mobile project was Slayer — a portmanteau of the phrase “social layer.”

The project, which D says started around 18 months ago, was the brainchild of a mobile-focused, hand-picked SWAT team of sorts that worked under the greatest secrecy. The team, which included Facebook iPhone app and Firefox creator Joe Hewitt, was trying to integrate Facebook’s social features with mobile hardware more deeply than any OEM or mobile carrier had done to date.

The team was cherry-picked from among Facebook’s army of brilliant minds, and team members were in discussions with companies such as AT&T and Intel to determine how the new phones would be built and subsidized.

But D’s Facebook sources said the project grew “too big and too political,” causing some Facebookers to temporarily or permanently leave the company’s Palo Alto campus. Hewitt himself left the company in May 2011.

Buffy, the toned-down and much less metal codename for the resurrected mobile project spearheaded by Facebook CTO Bret Taylor, will run a heavily modified version of the Android OS and will feature support for HTML5 mobile web apps.

Buffy may be released within the next year to 18 months.

We first got wind of the Facebook phone project back in September 2010. At that time, Facebook stringently denied working on a standalone phone. But CEO Mark Zuckerberg made some equivocating statements that kept the rumor mill running.

Then, earlier this year, Facebook and INQ unveiled a “Facebook phone” of sorts, the Cloud Touch and Cloud Q. These Android devices showed some thoughtful Facebook integrations, but they were not the deep and wide integrations most folks were expecting, nor were they branded as Facebook products.

We’ve reached out to Facebook for more clarification and will post again when we have the full story.