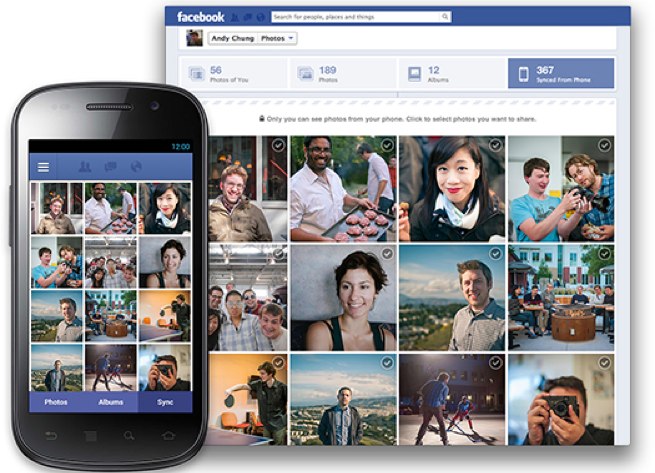 Not content with its status as the most popular destination for photo-sharing, Facebook is testing a photo-sync feature that lets a small number of Android app users automatically upload their mobile captures to the social network.

“We’ve begun a limited test of photo-syncing on Facebook for Android,” a Facebook spokesperson confirmed to VentureBeat. “With photo-syncing, you can sync photos taken on your phone, store them privately, and then choose which ones to share.”

The opt-in feature, which closely resembles an automatic photo upload option already available in the Google+ mobile app, was spotted by blogger Robert Scoble spotted at the end of August. A report from The Verge  brought to wider attention yesterday.

Photo-syncing is on for a relatively small number of U.S. users in the current release of Facebook for Android. A help page for the feature explains that each new photo syncs immediately with Facebook and saves to a private section of Facebook photos. Members can then select shots to share or send in private messages.

Facebook members upload more than 300 million photos each day; the addition of automatic uploads would help ensure that mobile users share even more of their photos on Facebook.

It still remains to be seen whether the general public wants an automatic photo upload option. The feature has the potential to freak out Facebook members who may balk at the idea of sharing all of their captures, privately or not, with a company that has a history of exposing personal information without always asking permission.