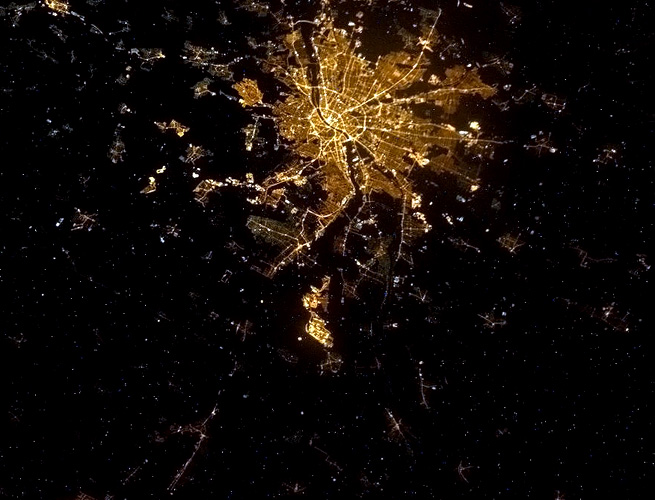 Oh, you thought your trip photos from Cancun were great for Facebook? Sorry, next to Col. Chris Hadfield — who is posting his Facebook photos from space — your pics aren’t that special.

A Canadian astronaut on the International Space Station, Hadfield is one of the most social savvy spacemen ever. He recorded a moving Christmas song on the ISS and posted it to SoundCloud. He’s taking part in a Google+ hangout from the ISS soon. And now he’s hosting his own cooking show from space.

His Facebook posts have gotten especially interesting in the past few weeks, with plenty of amazing photography from the International Space Station. The picture above is what Budapest looks like at night — from space.

Check out more awesome photos that Hadfield has posted recently in the gallery below.