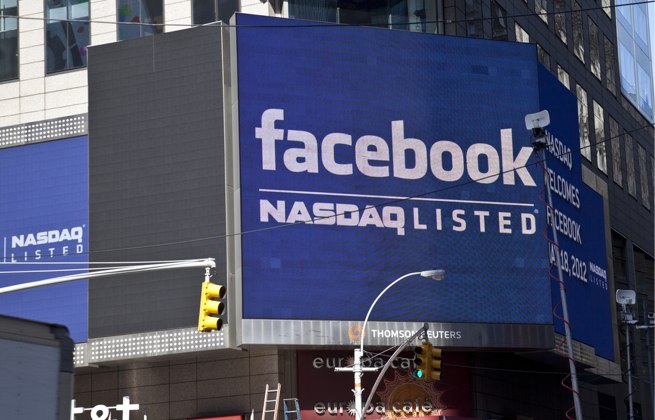 Wall Street had tempered expectations for Facebook in its first-ever earnings report as a public company. The social network barely exceeded those expectations by posting $1.18 billion in revenue and earnings per share of $0.12 for the second quarter of 2012.

The $1.18 Q2 revenue figure comes in slightly above estimates and shows 32 percent year-over-year growth. Facebook’s EPS was right in-line with expectations. Facebook posted a net loss for the quarter of $157 million. The loss can be attributed to expenses from its share-based compensation plan.

“Excluding share-based compensation and related payroll tax expenses, non-GAAP net income was $295 million or $0.12 per share, compared to $285 million and $0.12 per share for the same quarter in the prior year,” Facebook said in its earnings report.

In the second quarter, Facebook’s revenue from advertising was $992 million, representing 84 percent of total revenue and 28 percent year-over-year growth. Revenue from Payments and other fees was $192 million in Q2. 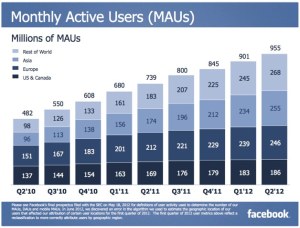 “Our goal is to help every person stay connected and every product they use be a great social experience,” Facebook CEO Mark Zuckerberg said in a statement. “That’s why we’re so focused on investing in our priorities of mobile, platform and social ads to help people have these experiences with their friends.”

The small win, which doesn’t appear to have quelled the market’s trepidation (Facebook’s stock is down to a new low of $24 in after-hours trading), is a manufactured one; no one expected Facebook to miss consensus estimates. The social network’s underwriters, following guidance from the company, dramatically reduced their 2012 earnings expectations for Facebook prior to its initial public offering. As such, analysts set a low-ball estimate of $1.15 billion in revenue.

This quarter was a slight improvement, revenue-wise, over the last one. Facebook made $205 million on $1.06 billion in revenue in the first quarter. Q1 2012 was a lackluster quarter for the then pre-IPO company as it showed a year-over-year dip of $28 million in net income and a sequential loss of 6 percent in revenue.

Things only got worse when the social network, heading into its IPO, amended its prospectus to advise potential investors that mobile growth could cut into its ad revenue for the remaining 2012 quarters. Then, Facebook’s opening day was hobbled by a confluence of factors, including Nasdaq hiccups that caused delays in trading. The stock opened at $42, closed at $38, and continued to slide backward in the ensuing weeks.

Facebook opened at $27.77 Thursday after taking a hit, courtesy of its top game-maker Zynga, which posted disappointing Q2 earnings. Facebook shares closed at $26.84 for the day. The stock, however, is being pushed downward in after-hours trading and has dropped to $24 at the time of this report.