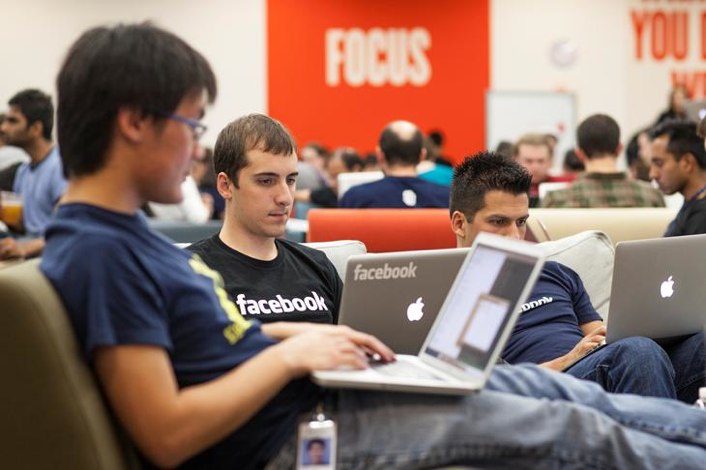 Would you look at that? Facebook’s third quarter came in right in line with Wall Street’s expectations, with the primary reason being that the social network finally learned how to profit from its largest growing segment: mobile users.

In what normally would strike the fear of God into investors, Facebook announced Tuesday that it grew mobile monthly active users (MAUs) by 61 percent year-over-year to 604 million people. The quarter was ultimately a rather lackluster one for the company, financially speaking — save for mobile.

Facebook reported non-GAAP earnings per share of $0.12 and revenue of $1.262 billion. That’s just a tinge ahead of Wall Street’s $0.11 EPS predictions.

The 600-plus million mobile user figure, which does not include Instagram’s 100 million users, is striking. It means that roughly 60 percent of the social network’s active 1.01 billion-member base have migrated to the company’s mobile applications, where Facebook has the hardest time monetizating their attention. In the past, the company has admitted that mobile is one of its biggest challenges. But, perhaps, in a sign that the tides are changing, Facebook reported that it generated 14 percent of its Q3 2012 advertising revenue — or roughly $152.6 million by our estimate — from mobile.

Total advertising revenue was $1.09 billion for the quarter, which represents 86 percent of total revenue and 36 percent year-over-year growth.

The mobile advertising revenue figure is an interesting, first-time reveal, especially considering that Facebook founder and CEO Mark Zuckerberg disclosed in July that the social network had only just then figured out how to make $500,000 a day from its mobile ads.

In the third quarter, Facebook pushed to make mobile monetization a priority, first and foremost by dramatically improving the speed and experience of its once-sluggish iOS application. The company launched mobile app install ads to allow developers and app-makers to pay to promote their applications to Facebook’s mobile audience. It also started showing more sponsored stories in the mobile News Feed. These ad units have become the cornerstone of Facebook’s mobile monetization strategy, chief operating officer Sheryl Sandberg said in July.

Sandberg, in an earnings call with investors, reiterated the statement today and said that Facebook’s mobile News Feed delivers an experience that works for ads. Facebook’s mobile monetization opportunity also happens to be the most misunderstood aspect of the company today, Zuckerberg said on the call.

Maybe that “stay focused and keep shipping” Facebook mantra is finally starting to pay off. Investors, at least, seem pleased. Facebook’s stock is trading up 8 percent in after-hours trading. Now, hopefully that confidence boost will carry through to November, when another lock-up period expires and 1.3 billion shares (owned by Facebook insiders including Zuck) will become tradable.