The two-year-old project to bring Internet access to four billion people who currently don’t have it — especially in emerging markets across Asia — has taken flack for only allowing users access to Facebook services and select local websites (i.e. jobs, health information, and sports updates).

Essentially the pushback has been around the question of net neutrality, and whether Facebook dictating what content is accessible through its free app and mobile website leaves it in a moral grey area.

Facebook’s founder, Mark Zuckerberg, even wrote an editorial in two Indian newspapers earlier this year following the project’s February launch in the country in a bid to publicly defend the project (others have defended it, too). The idea of being unable to access Google, for example, appeared to be a common complaint from users.

But change is coming, according to a statement put out on Internet.org’s website, alongside separate comments a few hours later from Zuckerberg himself in a Facebook posting. 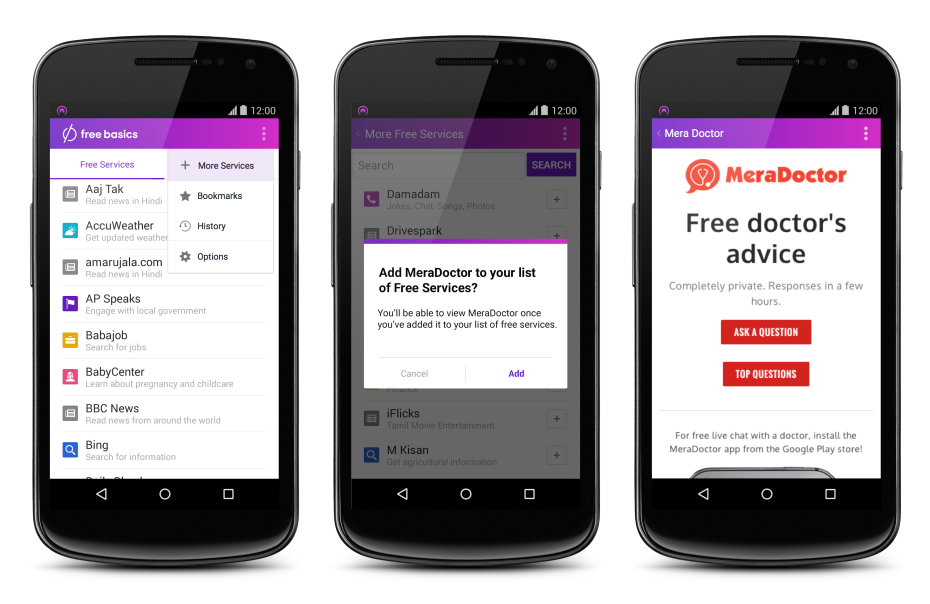 “Today we’re announcing significant improvements to Internet.org,” he wrote. “We’ve listened to feedback from the community and made three big changes. First, we’ve opened up the Internet.org platform. Starting today, any developer can include their services in Internet.org. This gives people the power to choose what apps they want to use.”

While Facebook already launched its Internet.org platform for developers back in May as a direct response to net neutrality criticism, it did so with strict guidelines in place. Today, those seem to be loosening.

Last May, Facebook also announced that the project was now available to more than one billion people, and more recently, in July, we heard about its massive new drone that will beam Internet down to developing countries.

As of today, Free Basics offers more than 60 services across 19 countries, many of which are in Asia, Latin America, and Africa. It’s partnered with local carriers and tech giants including Samsung, Qualcomm, and Ericsson.

“Connectivity isn’t an end in itself. It’s what people do with it that matters — like raising a healthy family. We hope the improvements we’ve made today help even more people get connected — so that our whole global community can benefit together,” Zuckerberg concluded.