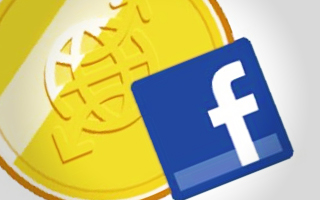 Due in large part to the growth of Facebook Credits, the social network’s internal payment system for virtual goods, Facebook’s revenue is on target to hit $4.27 billion this year.

According to forecasts from market research firm eMarketer, this number is composed of around $3.8 billion in ad revenue and $470 million in Facebook Credits. The combined sum has risen drastically from a reported $2 billion in revenue in 2010 and around $800 million in 2009.

Although Credits accounts for just 11 percent of the company’s total revenue right now, it is the virtual currency’s growth that’s impressive. Since last year, the amount of money Facebook collects from Credits has more than tripled, growing from just $140 million in 2010 and $39 million in 2009.

“We believe that Credits can and will fund a variety of monetary interactions on Facebook beyond social games,” eMarketer analyst Debra Aho Williamson told VentureBeat. “Ecommerce is one example, as is buying access to media such as TV shows or movies”

Overall, virtual goods make up a $1.6 billion (and growing) market in the U.S. alone, and the vast majority of that sum lies solidly in social gaming, the stronghold of Facebook Credits.

“On July 1, Facebook began requiring social game developers to use credits as their form of payment on Facebook, and Facebook takes a 30% cut of all Credits purchases,” Williamson noted. “Given the strong participation in social games among Facebook users, and their strong interest in making virtual goods purchases in those games, we believe that Credits is gaining real traction at Facebook.”

Credits make up an interesting part of Facebook’s overall strategy, and one that we’ll continue to watch. Still, the lion’s share of the company’s revenue continues to come from advertising.