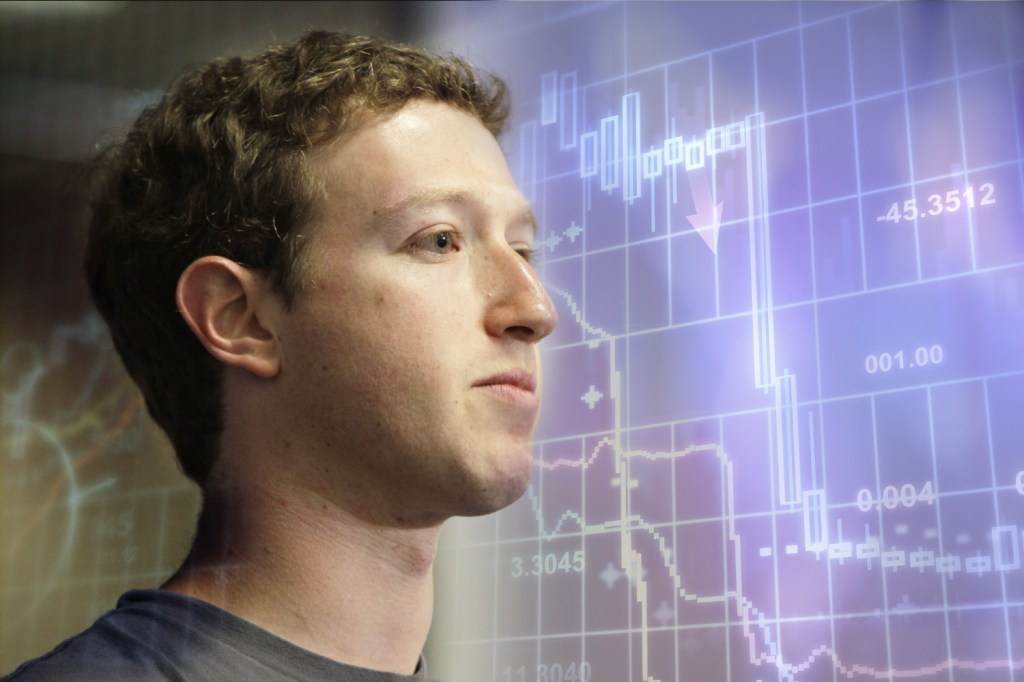 In yet another financial PR blow, Facebook’s revenue estimates from analysts at eMarketer have dropped to around $5 billion for 2012. Previously, the firm forecast revenues of $6 billion for the year.

In its first-ever earnings call last month, the social network posted $1.18 billion in revenue for the second quarter of 2012.

“In February, eMarketer predicted that Facebook’s total revenues would surpass $6 billion this year, but after the company underperformed market expectations in both Q1 and Q2, eMarketer’s forecast—an analysis of hundreds of data sets on Facebook ad revenues, impressions, usage and other factors collected from dozens of third-party sources—has been revised downward,” we read in the firm’s release on the news.

EMarketer reps said in a statement on the revised forecast that analysts’ lowered expectations “[follow] a trend evident from most other firms that have looked closely at Facebook’s revenues over the past year.”

Interestingly, eMarketer expects advertising to account for a smaller (but still majority) share of revenues, with products such as payments making up the rest of Facebook’s income.

Ad revenues will continue to grow, the firm said, but at an overall slower rate than in the past. The analysts involved in the forecast noted that Facebook’s mobile advertising (especially internationally) and advertising exchange are still nascent and expected to pick up their pace in the coming years.

Other firms are also revising estimates of Facebook’s revenue, with all estimates posted after the company’s Q2 earnings call ranging between $4.9 and $5.37 billion for 2012. 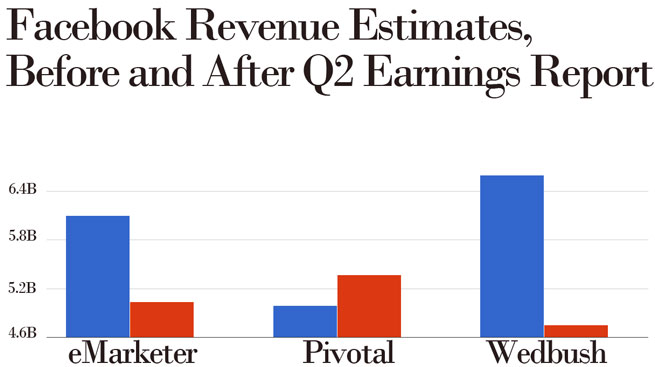 While the company is still getting its revenue game together, its publicly traded stock has continued to slip. In the past six months, Facebook stock has lost 49 percent of its value and is trading at $19.18 as of this writing.