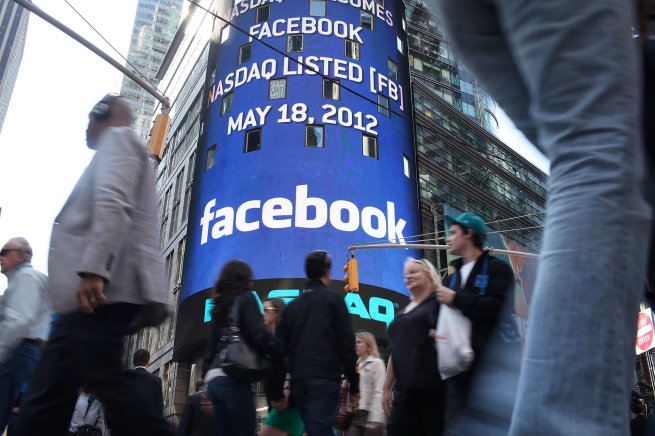 In the convoluted case of the botched Facebook IPO, the story goes that the social network’s underwriters, with guidance from a Facebook executive, reduced their 2012 earnings estimates, shared that material information with a few, preferred investors, and let institutional and retail investors take the hit as Facebook’s stock value tanked.

So about those revisions to Facebook’s earnings estimates — just how bad are they? Pretty disconcerting, if you ask financial data company PrivCo CEO Sam Hamadeh. “These are enormously material changes in financial forecasts.”

According to the projected numbers of four banks, as shared with Reuters by an anonymous investor, Facebook could report 5.45 to 7.28 percent less revenue in the second quarter of 2012 and 3.61 to 6.13 percent less revenue for the full year than originally anticipated. The underwriters also reportedly reduced Facebook’s 2013 earnings per share estimates by has much as 7.35 percent.

The reduced figures, as shown in the table below, dramatically change the valuation of the company, Hamadeh said.

“The reduction to Facebook’s forecasts of this magnitude — reducing the revenue growth rate by over 6 percentage points — is so material that it should absolutely have been disclosed in a revised S-1 filing before the IPO pricing,” he said. “The combined net effect for Facebook in this case of both the reduction in the financials and the valuation multiple would have lowered Facebook’s valuation by at least one third.”

Facebook did file a revised S-1 on May 9, which spelled out that mobile was an even greater risk than originally stated. However, that warning, which stated that Facebook’s daily active users (DAUs) on mobile are increasing more rapidly than the number of ads it delivers, did not come with Q2 2012 or full year 2012 earnings estimates.

Morgan Stanley’s original full year 2012 revenue projection for Facebook was $5.036 billion, according to the Reuters report, or 35.74 percent year-over-year growth. By changing its forecast to $4.854 billion, the underwriter is predicting that Facebook will only grow revenue by 30.84 percent this year, which changes the perceived value of the company and the share price at which investors would be comfortable buying Facebook stock.

Bottom line? The accusation is that Morgan Stanley, Bank of America, JPMorgan, and Goldman Sachs shared their revenue revisions with their top investors, but regular institutional investors and retail investors weren’t provided with the additional guidance. Instead, these folks were left with Facebook’s May 9 S-1 amendment, which was woefully short on hard data.

Now, the legal question at hand is whether Facebook hid “a severe and pronounced reduction” in revenue from investors. For its part, Morgan Stanley is standing by its actions. A spokesperson said the following in a statement shared with VentureBeat:

Morgan Stanley followed the same procedures for the Facebook offering that it follows for all IPOs. These procedures are in compliance with all applicable regulations.

After Facebook released a revised S-1 filing on May 9th providing additional guidance with respect to business trends, a copy of the amendment was forwarded to all of MS’s institutional and retail investors and the amendment was widely publicized in the press at the time.

In response to the information about business trends, a significant number of research analysts in the syndicate who were participating in investor education reduced their earnings views to reflect their estimate of the impact of the new information. These revised views were taken into account in the pricing of the IPO.

Facebook publicly reported that it made $205 million in net income on $1.06 billion in the first quarter of 2012. The social network’s pre-IPO earnings report was a disappointment considering that it brought in 6 percent less revenue than it did in the previous quarter.

Facebook closed at $32 a share on the NASDAQ Wednesday, which is up from Tuesday’s close but down almost 16 percent from its $38 starting price and nearly 24 percent off its $42 opening.