Today Facebook shared its latest revenue numbers, revealing that it brought in $3.59 billion in ad revenue over its fourth fiscal quarter, 69 percent of which unsurprisingly originated from mobile ads. 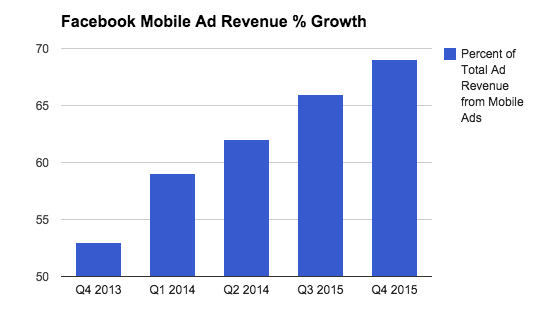 Facebook’s mobile ad revenue has grown steadily, widely satisfying investors in the social behemoth. Why does this matter? Because as users increasingly prefer mobile-to-mobile communication, Facebook’s ad dollars should follow if the company wants to keep growing. So far, as we said, the numbers look pretty good.

Stepping back, the company performed quite well this quarter, and grew its daily and monthly user-base to 1.39 billion and 890 million active users, respectively.