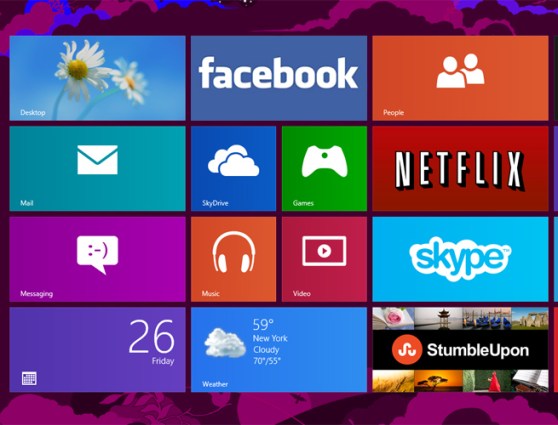 In a surprising move, Facebook said it has no plans to build a native app for Microsoft’s just-released Windows 8 OS, the company told VentureBeat today.

After Twitter confirmed that it would build a Windows 8 app, we decided to check in with Facebook to see what its plans were. Microsoft and Facebook have a cozy relationship, with Microsoft owning 1.7 percent of Facebook and Facebook purchasing $550 million worth of patents from Microsoft in May. So it seems natural that Facebook would make an app for Windows 8, the one-size-fits-all OS Microsoft has been trumpeting loudly.

But what Facebook told us was surprising. Facebook manager of corporate communications Meredith Chin told VentureBeat (emphasis ours):

We only build the iOS and Android FB apps. You should check in with Microsoft on anything related to Windows 8.

We asked for explicit confirmation that Facebook had no plans for a Windows 8 app, but Chin did not respond. So instead we went down the rabbit hole and turned to Microsoft for answers.

Microsoft would not confirm or deny if anyone was working on a Facebook app for Windows 8, but it did provide this carefully worded statement about its relationship with app developers and companies (emphasis ours):

We are super-excited about the quality and the breadth of apps in our store for the global grand opening. More and more are being added every day. Developers are excited about our industry-leading revenue sharing and the opportunity to be in on the ground floor of the most significant release of Windows in history. Consumers are also excited about the apps in the Windows Store, and Windows 8 puts the apps at their fingertips. More great apps get added every day. If you have a question about a specific app, you should ask the developer.

Essentially, Microsoft is directing us back to Facebook to give us guidance about a potential Windows 8 app, creating a circle of confusion without any answers.

This likely means one of three things: A) Facebook is ignoring Windows 8 completely; B) Facebook is secretly working on Windows 8 app; or C) Microsoft is building a native Facebook app for Windows 8 because Facebook won’t invest resources into it.

Because neither company wants to admit what the hell is going on, we can’t be sure which answer is correct. The last option does actually seem viable in light of the native Facebook application for Windows Phone, which it now apears that Microsoft — not Facebook — is building. Since Facebook only mentioned iOS and Android in its statement, it must consider Microsoft as the main force behind the Facebook Windows Phone app. And so, Microsoft could also be building a Windows 8 app.