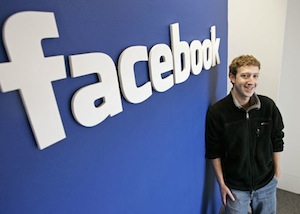 Facebook and CEO Mark Zuckerberg on Thursday filed a scathing response to Paul Ceglia’s lawsuit that alleges he owns half of Facebook. The company said Ceglia has a history as a scam artist and his lawsuit is a fraud.

In April, Ceglia claimed to have a contract with Zuckerberg that entitled him to half of Facebook’s holdings. Ceglia also said he has emails that prove Zuckerberg misled him about the success of Facebook with Harvard students and even have Zuckerberg asking Ceglia if he wanted his $2,000 back.

Facebook also explained for the first time that the two men had met in person and did business in 2003. Zuckerberg worked for Ceglia briefly in 2003 at StreetFax.com, a company Ceglia was attempting to start at the time. The two men met in the lobby of a Boston hotel in April 2003 and Zuckerberg received payment for his work.

“This lawsuit is a brazen and outrageous fraud on the Court. Plaintiff is an inveterate scam artist whose misconduct extends across decades and borders. His latest and most farreaching fraud is the Amended Complaint filed in this action, which is based upon a doctored contract and fabricated evidence. Plaintiff alleges that he recently “discovered” a purported contract that now supposedly entitles him to ownership of 50 percent of Zuckerberg’s interest in Facebook. The purported contract was signed in 2003, yet Plaintiff waited until 2010 to file this action — a seven-year delay during which Plaintiff remained utterly silent while Facebook grew into one of the world’s best-known companies. Plaintiff has now come out of the woodwork seeking billions in damages.”