Facebook’s shares tumbled this morning to a low of $33.01, well below the company’s initial price of $38 on Friday.

Pre-market trading of Facebook’s stock was already below $38, reports USA Today, but it quickly sank to $33 within the first hour of trading. At the time of this post, the stock was hovering around $33.86 with a market cap of $91.54 billion (down from its initial $104 billion valuation last week).

The company’s stock began trading at $42 last Friday, but didn’t explode like many were expecting (Nasdaq’s errors didn’t help), which led to a surprising ricochet effect with other big tech stocks. By the end of the day, the company’s stock sat at $38.23. Facebook was both criticized and praised for the stock’s performance — one camp saw the lack of a pop as a weakness, while others argued that the stock was priced perfectly.

However you frame it, there’s no doubt that Facebook’s stock will be annoyingly scrutinized for some time to come. 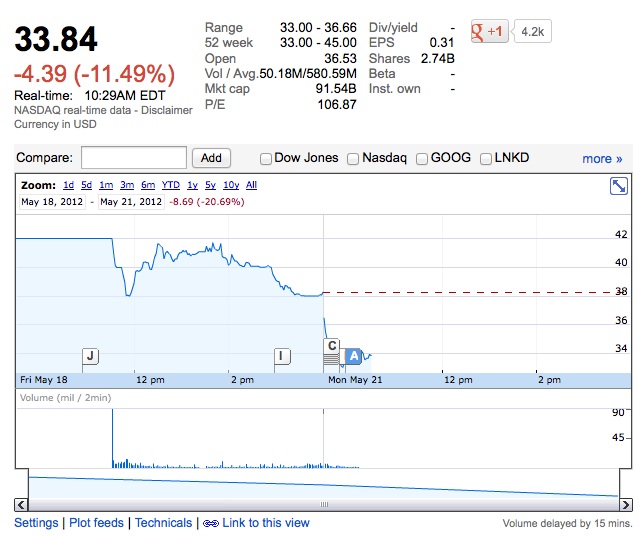