In another end-of-year list, Facebook has compiled its team’s favorite in-house hacks of 2015. It’s well-known that the social networking company has a healthy hacking culture, one which has produced ideas such as the Like button, tagging, the early version of what is now Facebook Messenger, and others developed by employees during their free time. 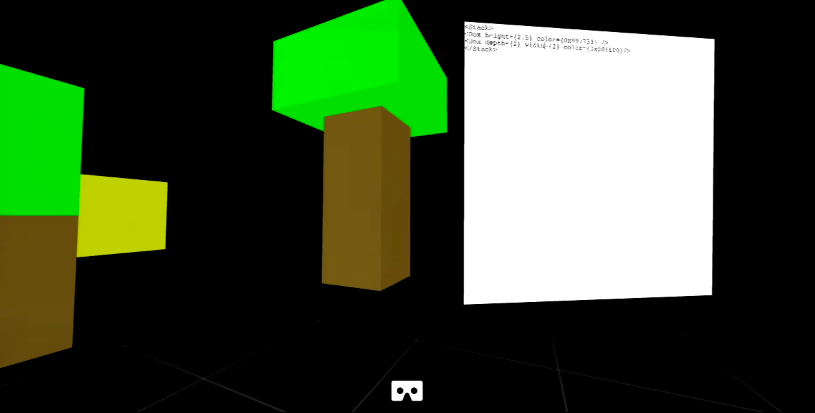 Above: Developers “building a ‘tree'” by stacking boxes of different sizes and colors using the Oculus Rift and Facebook’s React system.

This is an interesting hack, in that it enables a developer to code in real time while wearing an Oculus headset. It was developed by two engineers during an infrastructure hackathon, and feels a little like Johnny Mnemonic. According to product manager Chris Marra, the team used Facebook’s React library to replace the DOM renderer with a custom version that utilizes three.js. As a result, when wearing the Oculus Rift headset, users will see a dot that contains a window with components rendered in virtual reality. The selector can then be used to edit objects users are seeing, in real time.

This hack helps make switches cooler and alleviates congestion on the Internet server hardware. Marra explained that the hacking team shifted the optics away from the front panel of the device to the middle, which wound up improving the signal strength and saving energy. The ultimate benefit was being able to run a 300GB-per-second link over multi-mode fiber. 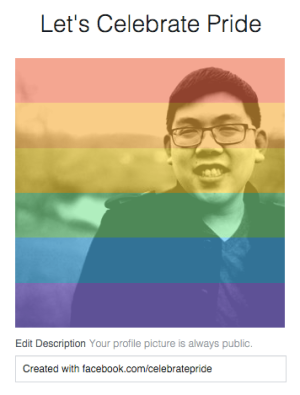 Users will likely recognize this hack, as there’s a good chance that they or their friends used it if they celebrated Pride. Created by two interns, the idea ultimately became a feature on the social network, allowing users to overlay a rainbow filter on their profile picture. In just 72 hours, the duo leveraged Facebook’s existing code (also relying on Cascading Style Sheet [CSS] layering) to create the tool. The filter was such a success that more than 26 million people updated their profile pictures with it on the weekend after its launch.

The Pride filter’s popularity also gave rise to another feature on Facebook: the temporary profile picture setting. This lets people use their avatar to honor their favorite sports team, in tribute, or to mark a special occasion.

Created as a debugging platform, Stetho is the first open sourced Android project that Facebook created this year. Developers can use it to access the web-based Chrome Developer Tools to examine network traffic, view hierarchy, query SQLite databases, and manage an app’s SharedPreferences. 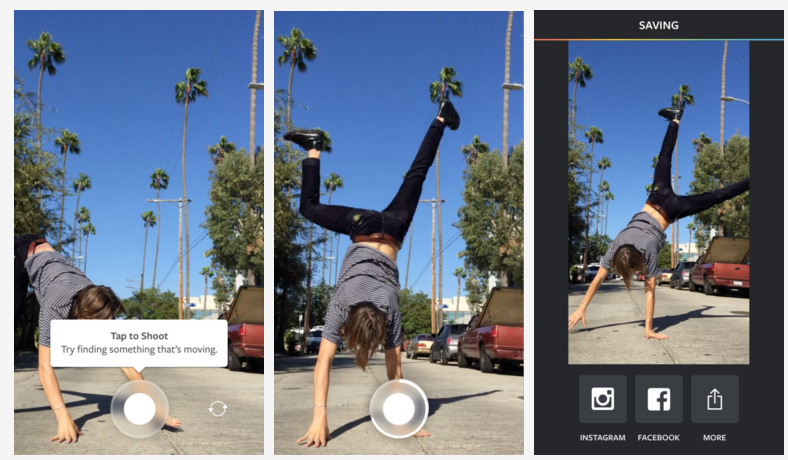 Another hack that should be recognizable is Boomerang, the newest standalone app in the Instagram family. With one tap of the button on your phone, you can capture a series of photos, which are then stitched together to create an animated GIF-like file.

Sometimes transferring files between databases can be slow. Two Facebook engineers who weren’t happy with the status quo created an embeddable library and command line tool that will transfer files at more than 500GB per second. This hack has since been open sourced, and the company says it’s adding new features to it regularly — including, most recently, encryption.

Everything about Facebook involves users’ privacy, and communications taking place within the social network should also be private, if requested. That’s why a team of engineers created a way for users to add OpenPGP public keys right to their profile, allowing them to receive encrypted email notifications.