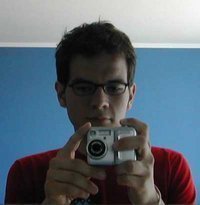 With the new year and amid growing adoption of Facebook’s Connect feature, which gives third-party websites access to Facebook’s user data, the company is making some changes to its Connect and Facebook Platform leadership, chief executive Mark Zuckerberg writes on the company’s developer’s blog today.

Mike Vernal (upper right) will be the new manager of Facebook’s Connect and Platform engineering teams. He replaces early Facebook employee Charlie Cheever, who after leading the teams for a year and a half will now be focusing on “new initiatives” as an engineering manager. Vernal was one of the key figures in helping build and launch Connect, Zuckerberg states. 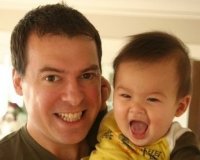 Ethan Beard (lower right) will move from business development to become the new director of Platform Marketing for the company. The company is trading one ex-Googler for another in this role. Beard was the director of social media at Google before Facebook recruited him. He replaces Elliot Schrage, who will now “take on other marketing responsibilities within the company,” Zuckerberg writes. Schrage was recruited away from Google last summer to be Facebook’s vice president of communications, public policy and Platform marketing.

Ruchi Sanghvi will remain the product manager for the Platform, Zuckerberg notes.

Zuckerberg also notes that by the end of this year, the company expects the number of sites using Connect to be close to the number of Platform applications it has.