Facebook today unveiled a redesigned Facebook Messenger (version 4, apparently) that attempts to simplify the user interface for its 1.3 billion monthly active users. If you don’t get the new look immediately, don’t fret — Messenger 4 is rolling out globally “over the coming weeks.”

This redesign kicked off about a year ago — Loredana Crisan, Facebook director of product design, told VentureBeat that the work first began last fall. In January, Facebook promised to “massively” simplify Messenger sometime this year. “While we raced to build these new features, the app became too cluttered,” said Facebook Messenger chief David Marcus at the time. “Expect to see us invest in massively simplifying and streamlining Messenger this year.”

Marcus has since moved on to lead Facebook’s blockchain team, leaving Stan Chudnovsky, Facebook vice president of Messenger, to show off the redesigned Messenger today. The new Messenger has three tabs instead of nine, Chudnovsky explained. Getting to the number nine is a bit convoluted, but take a look at the Facebook Messenger app on your phone right now. You should see Messages, Active, Groups, and Calls at the top, plus Home, People, Camera, Games, and Discover at the bottom.

The new Messenger has just Chats, People, and Discover. Facebook still has some work to do here: The first two are largely redundant.

While Chats houses both one-on-one and group conversations, it still also includes Stories and “visual communication features like Camera at the top so you can easily capture and share your selfies,” Chudnovsky explained.

The People tab is meant to help you “find friends” and shows you who is active right now. But it also includes Stories — the team clearly wants to make sure that feature is always around.

The Discover tab, which you will probably never use, is where “you can connect with businesses to get the latest deals, play Instant Games, book your next vacation, follow the news, and more,” according to Chudnovsky. It’s the everything-else tab.

To be clear, Messenger isn’t losing any functionality. This is a simplification, but only in design. You can still “poll your friends on which movie to see, split the bill for last night’s dinner, share your live location to find friends at a music festival, challenge them to your favorite games, or catch up in a group video chat,” Chudnovsky listed off. 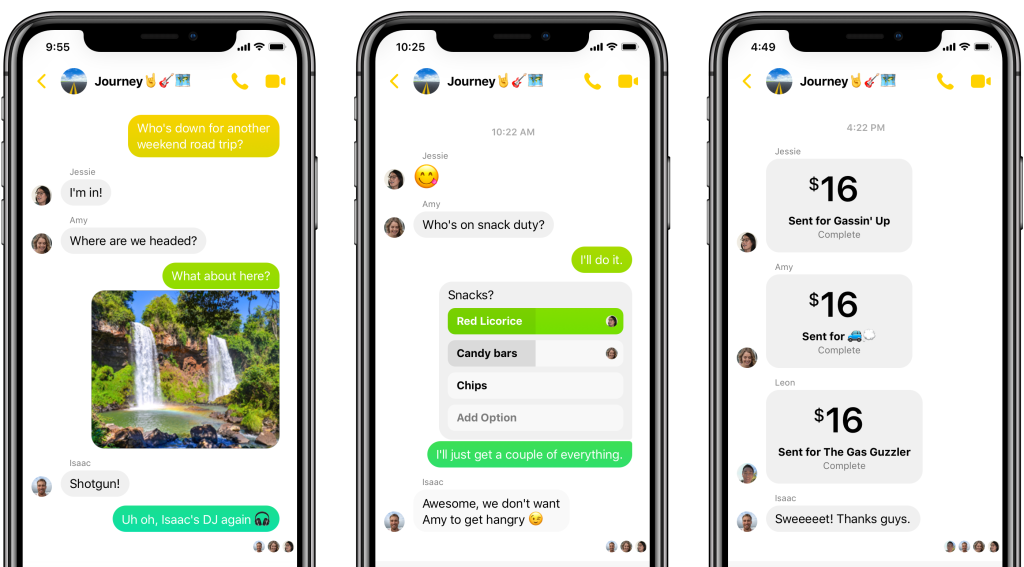 The new Messenger does add one feature: color gradients, which lets you use multiple colors to customize your chat bubbles in conversations. Facebook envisions users adjusting colors to reflect their mood or topic of conversation, and then seeing that change as they scroll up and down.

But more interesting is what’s in the pipeline, including “a re-skinned interface that cuts down on the glare from your phone,” Chudnovsky mentioned, and a Dark Mode. Here’s a sneak peek of the latter: 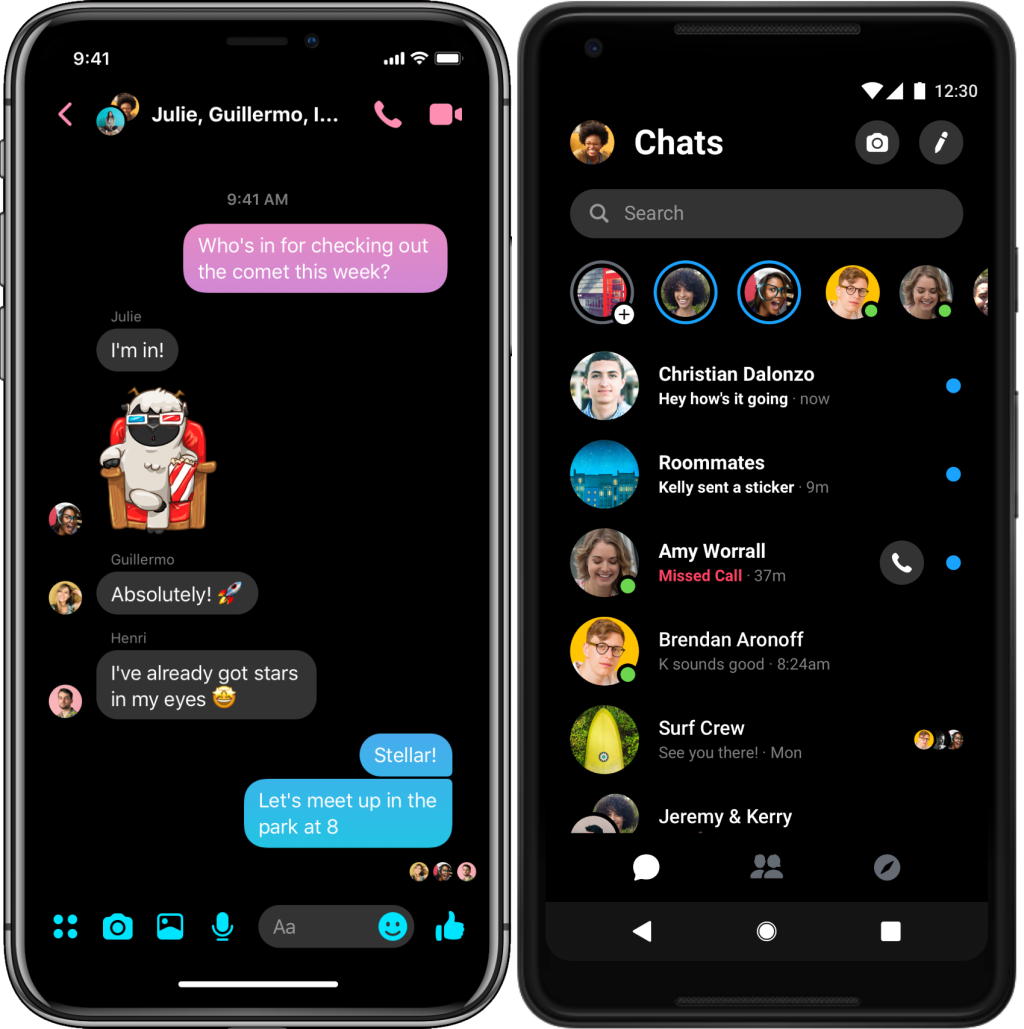 The screenshot on the left probably best demonstrates the problems with this redesign — it feels unfinished. Notice that there are still seven options you can tap on at the bottom of the chat screen, including the message box.

Hopefully Facebook redesigns the actual chat part of Messenger next.