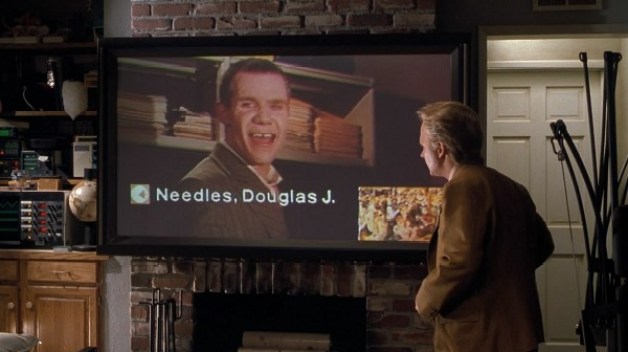 As Facebook and Google are beginning to explore the value of video calling in their social networks, there is little doubt that Facebook’s new Skype integration and Google+ Hangouts will have some initial impact on the way we communicate with people who we care for.

Yet it is not a new idea, and this battle is seen as a threat by those who have been offering video calling products and now find themselves competing directly with Facebook and Google. This is a very tough battle to win, but it may not be as bad as it seems as this market evolves from video calling to visual communication. Video calling is only the first drop in a wave that could bring an unprecedented wave of innovation in the communication market.

When I tried Facebook+Skype for the first time, I found myself staring at my friends list trying to figure out who to call, why to call and what I would talk about beyond an awkward conversation that has the only purpose of finding out if the promised video calls really work. It is not exactly a feature most of us will be comfortable with right of the bat. We are used to seeing words in text chat or hearing someone in a voice call.

Video calls can make communication a much richer experience. However, “can” is the keyword, as we know that video calling is not exactly a new idea. I believe that video calling still isn’t compelling enough as a standalone feature for mainstream consumers to adopt.

Telecommunication has been on a slow evolutionary path since its very invention. While the first ideas can be traced back to ancient Greek concepts that we know of (and were used as early as the 4th century BC), the telephone as we know it was invented by Graham Bell in 1876. All initial telecom systems were simple point-to point solutions, followed by telecom with voice calling features such as call waiting, 3-way-calling and voicemail. Telecom 1.0 lasted more than 2300 years. Video calls in Telecom 2.0 have been available as early as the 1940s using television technologies, and the first video phones surfaced in the 1970s. However, it was IP that has made videoconferencing truly affordable in recent years.

There is a good chance that Telecom 2.0 may be coming to an end already as video calls evolve into platforms: Facebook as the social platform is in no doubt the enabler for any Facebook app, but equally important for those apps is an engaging, interactive element, which we don’t see in a Facebook+Skype video call yet.

Given its user base of 750 million subscribers, Facebook+Skype will introduce video calling to many people – people who simply did not know that free video calling has been available, or people who did not feel knowledgeable enough setting up a video camera and audio system on their computer. Facebook+Skype is not only entering a market, but it has the potential of opening the video calling market on a much larger scale than it has been so far.

Facebook’s announcement is taking video calling mainstream, educating users around the globe, and evolving consumers’ tastes about what environment and features they prefer and how calling services can be much more interactive than a text chat or a simple (voice) phone call. This experience is the key advantage for those who have been providing video calling services for some time.

First adopters and the evolution toward visual telecom

Video calling on Facebook is, in general, an entertaining addition to telecom. The feature, as a one-to-one only service, will mostly benefit users with children, grandchildren, sweethearts, and those with military and long-distance student relationships. And of course, there’s the obvious loose extension of adult oriented video romancing.

However, that communication tends to be limited by the core feature of video communication: The visual experience alone often turns out to be an expansion that is a restricting feature — people often desire to interact with each other when they see each other. Such a scenario opens the door for new forms of communication apps, and it is this space — what I call the “visual calling” era — that I expect to flourish with a wealth of new opportunities.

The challenge is to find a way to provide purpose and meaning to a video call beyond seeing your sweetheart on the other side of the world. With a soon-to-be exponential increase in the number of video calling users, there are plenty of opportunities for third-party providers to add value and differentiate themselves by providing unique utility to a video call and turn it into a “visual call”. The bigger challenge may be to avoid becoming just another crouton in the Zuckerberg salad.

The app opportunity, however, is directly aligned with Facebook’s goals. Everything Facebook does relates to advertising as its main revenue source. Facebook’s goal is to create catalysts that will keep users on its network in order to show more ads and convince them to click on more ads. A Facebook+Skype call may increase your time on the site, but the increase will likely be small, as maintaining a conversation in a video call can be somewhat uncomfortable or, in some cases, even embarrassing. We all can remember some specific examples of being heard or seen when we did not want to be.

At Mingleverse, we have been researching this app opportunity for some time now and there are clear indications that additional interaction is the path to visual calls. Applications that are in sync with a network and the expectations of users will increase the value of a visual call and lower the psychological barrier to enter a visual call. 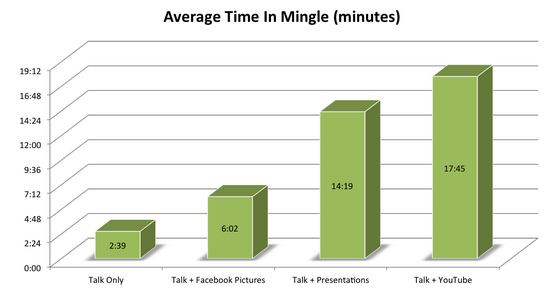 Understanding two basic principles that we can guarantee “will happen” can help guide innovation in visual calling:

2) One-to-one telecom will still be the mainstream of our communication habits. This has not really changed in more than 100 years, which implies that it is due for a huge innovation push. There are some other trends that will happen and support the evolution of communication, such as 3D cell phones and 3D TVs.

As video/visual calling services adapt to these changes, we will also see innovation and differentiation in the Facebook App world. Coupled with the number of people wanting to use video calling, there is tremendous innovation potential. In the meantime, the takeaway from Facebook+Skype is that video calling will gain in popularity. It will be necessary to create appetite for more “stuff to do” once users are used to “hanging out” in Google+ and Skyping in Facebook – and have grown bored of just staring at each other’s faces.

Mingleverse is just one example, albeit one we are very proud of, that exemplifies this vision of providing an environment of much more engaging visual telecommunication. In that sense, Google and Facebook have taken a first step into the video calling realm, but are still not representing a visual calling experience, which will be required to make the original vision of a video call a reality.

Ron Stevens is the co-founder and CEO of Mingleverse, which provides visual telecommunications to more than 250,000 registered users in 213 countries. Ron’s blog is at ronstevens.net. You can follow him on Twitter @ronstevens22.