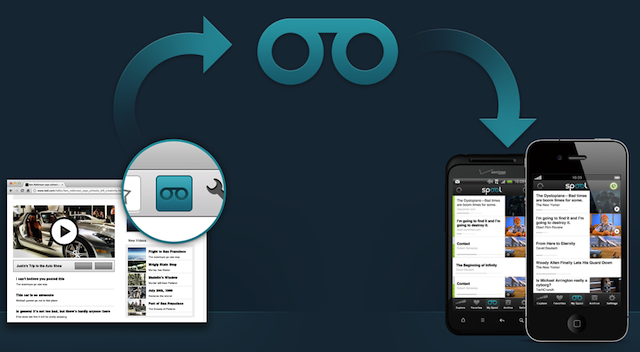 Facebook announced this morning that it has acquired the team behind Spool, which developed an app to save content for viewing later, similar to Instapaper and Pocket.

In a blog post this morning, Spool co-founder and CEO Avichal Garg said the company developed “some very sophisticated technology” to power its app. “We firmly believe that solving these problems will be increasingly important as the world accesses the Internet primarily through mobile devices,” he wrote.

The news doesn’t mean that Facebook is developing its own Instapaper competitor, but I wouldn’t be too surprised if it did. Facebook has been focused on keeping people within its ecosystem as much as possible, so it would be a major win for the social network if users could save external web content and read it within Facebook.

Spool’s existing service will be shut down as part of the acqui-hire. The company suggests synchronizing your Spool bookmarks with competitors like Delicious or Pocket. The service was particularly unique since it could save all sorts of web content, including images and PDF files, and it also allowed you to push content easily to your friends. (That’s another feature I imagine Facebook is drooling to replicate.)

A Facebook representative sent along the following statement to VentureBeat: “The Spool team has deep expertise in mobile software development and a passion for making content easy to consume. We’re excited for the team to join and accelerate their vision at Facebook.”