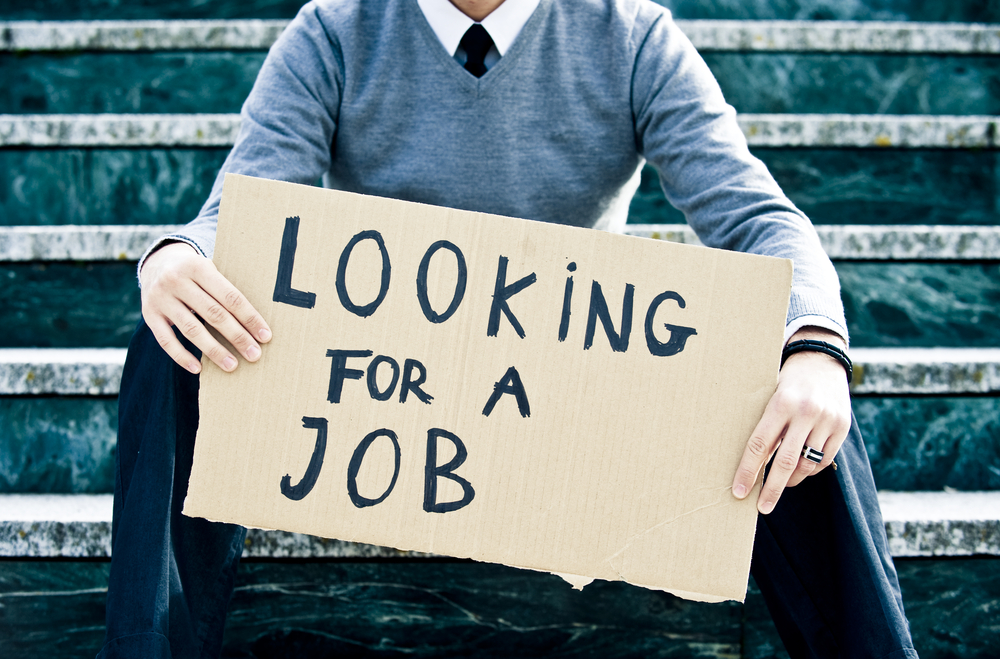 In the wake of a tumultuous and divisive election cycle, Facebook has taken the wraps off a new app that’s part politics, part job site, and 100 percent letdown.

The Social Jobs app is the result of a yearlong effort from Facebook, the Department of Labor, and other government agencies to help get unemployed and underemployed Americans back to work.

The resulting application consolidates listings from sources like Jobvite and Monster, with new tools for recruiters to post jobs directly to Facebook. Currently, the app’s big, shiny counter lists 1.7 million jobs and counting.

A recent survey from the National Association of Colleges and Employers showed that more and more employers are using Facebook as part of the hiring process — whether that’s doing research to weed out immature or risky candidates or using the site as a recruitment channel and referral network.

“Our labor market is changing, and so should the tools we use to find jobs,” said Facebook VP of global public policy Marnie Levine when the partnership was first announced. “This is really just the beginning.”

The job-search portion of the app is fairly simple, but it’s not as well designed or as cohesive as one might like. You choose your location and profession, and Facebook returns a few tabs — yes, tabs — from different jobs sites rather than presenting you with a pretty, algorithmically optimized single page of results and application options. The entire thing is lackluster, considering a whole group of agencies and the most significant social network on the planet spent an entire year working on it. 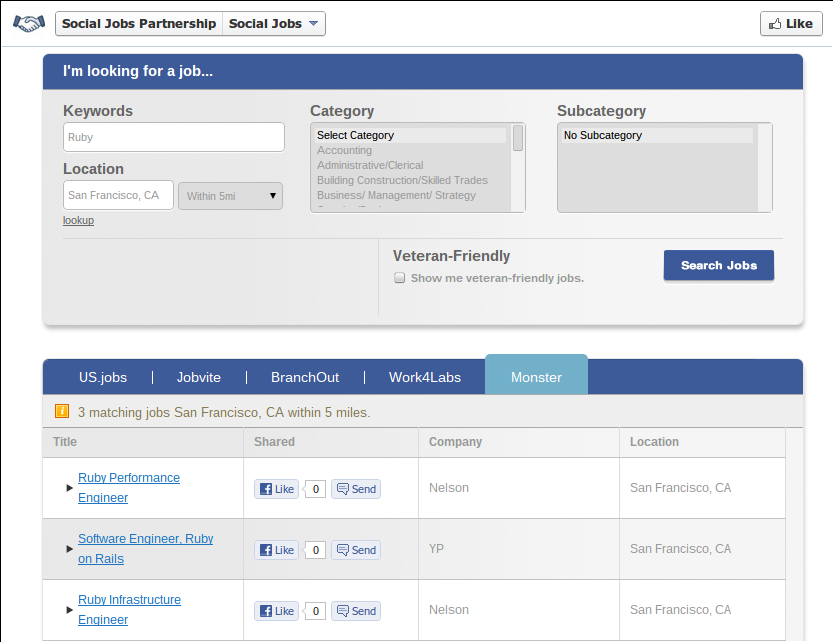 Also, this could be first-day-of-school jitters, but the app is returning unexpectedly inappropriate results for some searches. We started out, like the navel-gazers we are, looking for reporting and editing jobs in the Bay Area. When that search yielded no results at all, we tried searching for software development jobs in San Francisco. When that search returned no jobs, we assumed that one of two things had happened: a) Hell had frozen over, or b) the app was busted.

We reloaded the page and found that one of the tabs was showing 499 jobs for Rubyists in the greater Bay Area — hooray! But our mirth was short-lived, as most of the results were actually listings for marketing personnel, receptionists, machinists, and salesfolk. Another tab showed 49 results, but more than half of them were significantly out of geographic bounds, including positions in Washington and Georgia.

Close enough for government work? We guess so. But these days, we expect more from Facebook. The now-publicly traded company can’t make big promises about delivering hope to jobless Americans then return a result so uncharacteristically subpar.

For now, job-hunters are probably best off sticking with their current toolsets, referral networks, and good ol’ LinkedIn. Facebook’s Social Jobs app might improve in time, but on Day One, we have to call it a misfire.