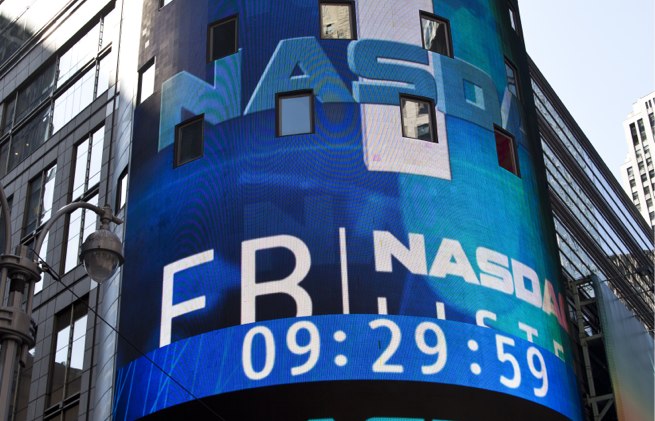 Investors, trusting Facebook as far as they can see it, have sent the social network’s stock tumbling down to bottom-of-the-barrel lows.

Shares were absolutely hammered in after-hours trading Thursday and again early Friday, dipping all the way down to $22.28 before showing signs of recovery. What’s going on here?

The social network actually came in right inline with expectations when it posted second quarter earnings of $1.18 billion in revenue. The figure showed 32 percent year-over-year growth and even beat Wall Street’s estimates. For any other public company with a proven track record — say an Apple, Nike, or Coca Cola — the revenue growth figure would have been sufficient to push the stock upward. That didn’t happen for Facebook.

Investors, said the analysts we talked to, are being scared away for two key reasons. First and foremost, Facebook increased its spending year-over-year by 60 percent and said its spending would continue to go up for the next two quarters. Then there’s the other troubling fact that the company failed to provide any guidance on earnings for the next quarter.

“There’s nothing wrong with 30 percent revenue growth. That’s phenomenal,” Michael Pachter, managing director of equity research at Wedbush Securities told VentureBeat. “But if your revenues go up by 30 percent and your costs go up by 60 percent, then you don’t make as much money.”

Costs, he said, are going up much higher than Facebook initially led underwriters to believe, and that’s what’s causing the volatility in trading. “The market is reacting because that wasn’t made clear when they marketed the IPO.”

Pachter is staying with his “outperform” rating, though he has lowered his 12-month target price for shares to $35. “I’m not at all concerned about revenue growth,” Pachter said. He is concerned about earnings.

Pachter said that Facebook’s chief financial officer David Ebersman, iterated in a conversation with him last night that Facebook has no plans to sacrifice long-term potential for short-term earnings gain. Facebook, said Ebersman, would spend money as it see fits to continue its growth trajectory.

Facebook also didn’t do its share price any favors when it failed to provide earnings guidance yesterday. Typically, public companies include forward-looking revenue and income estimates to investors, but Facebook failed to do so.

The lack of any guidance on the earnings call is hurting the stock, financial research company PrivCo CEO Sam Hamadeh told VentureBeat. “Facebook provided none, that’s always disconcerting to investors.”

Some other concerns troubling investors include the massive growth in mobile usage and limited revenue from Payments, Hamadeh said. Revenue from Payments and other fees was $192 million for the quarter, but Wall Street was hoping for $200 million or higher.

But ultimately it boils down to a matter of trust — or a lack thereof in Facebook’s case.

“Investors in a volatile market are going to sell when they see earnings go down. No one trusts any company beyond the next quarter,” Pachter said. “Facebook hasn’t been around long enough as a public company to generate that level of trust.”